Neutropenic Diet Can Be Eliminated With No Rise in Infections 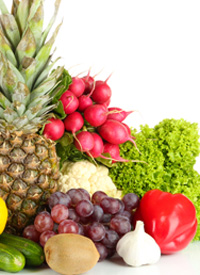 The neutropenic diet, which requires patients to avoid certain foods, is a common strategy in cancer care. Yet there’s no scientific evidence that it helps the population it’s meant to protect—those who face an increased risk of infection because they are experiencing neutropenia, or low white blood counts, after chemotherapy or other cancer treatments.

That finding, based on a literature review, was shared by Chelsea Nee, BSN, RN, OCN, of the UPMC-Shadyside in Pittsburgh, during the 42nd Annual ONS Congress. Based on that data, Nee and colleagues launched a quality improvement project at their facility that tested the elimination of the neutropenic diet in patients with cancer.

“In a literature review that included two meta-analyses, we found that not one study has ever shown a reduction in infection or mortality rates,” Nee said in a poster and discussion detailing the improvement project. The poster was coauthored by Sharon Hanchett, MSN, RN, OCN, also of UPMC-Shadyside; Jennifer Wilson, LDN, RDN, of Nestle, also in Pittsburgh; and Jan Cipkala-Gaffin, DrPh, PMHCNS-BC, of UPMC.

Patients on the neutropenic diet are asked to avoid foods that might carry bacteria, such as fresh fruits and vegetables; unpasteurized juices, milk, honey, yogurt, and cheese; cheese that is soft or contains molds; cold-brewed tea; raw oats and nuts; and deli meat and sushi.

Doctors began prescribing it to patients with cancer in the 1970s, after a study was published that included it, among other protective measures, as a strategy to support the wellbeing of patients who had undergone stem cell transplant, Nee said. The study “showed a decrease in infections,” she said, “but there were other interventions, too,” with no specific evidence that the neutropenic diet was a contributing factor.

Based on the lack of evidence supporting the diet and the fact that “it was very restrictive” for patients, Nee and her colleagues wanted to try eliminating it and launched the quality improvement project at UPMC-Shadyside. It took about a year to get the program going, as nurses, physicians, and dieticians learned about the concept and prepared to remove the diet from electronic health records.

For stem cell transplant patients only, staff members replaced the neutropenic diet with 1 that includes many of the same restrictions, but allows fresh fruits and vegetables, Nee said.

“They are our most vulnerable patient population, and their immune systems are incredibly compromised,” she said. “The literature actually supports a regular diet for stem cell transplant patients, despite that vulnerability. However, after discussion with our hematologists at UPMC, we decided to continue some restrictions for the stem cell transplant population, but allow fresh fruits and vegetables.”

Based on those results, the entire UPMC healthcare system has eliminated the neutropenic diet from practice.

“Many oncology patients have a difficult time meeting nutritional requirements, so the liberalization of diet restrictions has improved the selection of what they can safely eat,” the authors wrote.

“Oncology nurses from other institutions who currently utilize the neutropenic diet can use this information to make a positive change for their patients and allow a more diverse diet.”