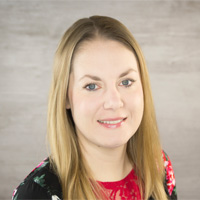 I recently had a cancer mom message me. Here’s what she said: “I am struggling this week. An agent I worked with who called and checked in on my daughter from time to time during her treatment, lost his grandson this week to cancer—brain tumor after only a short 5-month battle. He was only 20 months. I am having a terrible time trying to go to the funeral tomorrow. So many mixed feelings. Yet I’m trying to be comforting to those that comforted me. He would call from time to time asking questions and for encouragement during his grandson’s treatment. His daughter is only 19, and lost her baby to cancer. Ugh…hard week…and I know it’s not about me. It’s about them. There are just lots of feelings of guilt – terrible guilt of having a survivor, which shouldn’t feel guilty about at all. Cannot find the words. I know this is a heavy message, just hard to find those that understand or even relate.”

Woah. My first thought was “What do I say in response to that?” Then my heart broke into a million pieces as the gravity of what she just told me sunk in. She feels guilty that her daughter survived cancer?

Being a pediatric hematology/oncology nurse, I try my best to empathize with the families I care for. No matter how hard I try to understand what they’re going through, I have come to the realization that I truly cannot fathom the depth of the emotional rollercoaster that accompanies childhood cancer. Her message opened my eyes to the world of guilt and blame these parents endure every single day during their child’s cancer journey…a journey that continues long after treatment ends.

The end of treatment is a joyous time, but it can also bring with it an entirely new set of emotions. Many parents find themselves wondering, “Why did my child survive and my friend’s child did not?” This is referred to as “survivor’s guilt” and though the thought may seem illogical to those of us who haven’t been through it, it is very real to them. According to Rhonda Colley, a mind-body therapist at Cancer Treatment Centers of America in Tulsa, Oklahoma, “The feeling of guilt is real, but the foundation of it is imagined.”

So, what do we say when one of our parents expresses survivor’s guilt?

Encourage them to talk about their feelings. If they’re not comfortable expressing their feelings verbally, encourage them to journal. Recommend attending a support group or talking to a therapist. Another effective way to deal with survivor’s guilt is to give back. Volunteering their time at a local cancer treatment center is just one of a multitude of ways.

After researching “survivor’s guilt,” I also found that “self-blame” is quite common among caregivers of childhood cancer patients. We as parents are supposed to protect our children, right? I often hear parents express concern that their child’s cancer was caused by something they did or did not do. “I should have taken him to the doctor earlier” or “I should have fed him more vegetables.” It’s important that we allow them to express these feelings, but we must also educate them that childhood cancer is not like adult cancers, which can sometimes be linked to lifestyle factors. The causes of most childhood cancer are unknown. It’s not the parent’s fault that their child was diagnosed with cancer.

Dwelling on feelings of guilt and blame are not healthy and can lead to depression. Acknowledging these parent’s feelings should be a priority, followed by getting them the help they need to leave the guilt and blame behind. The survivor and their parents deserve to enjoy their precious lives!

Discussions >>
Talk about this article with nurses and others in the oncology community in the General Discussions Oncology Nursing News discussion group.
More from Jennifer Brown RN, BSN, CPN, CPHON
Obesity and Childhood Cancer
Survivors of childhood cancer who are overweight or obese as adults are at an increased risk of developing an obesity-related cancer.
PUBLISHED: Fri March 16 2018
Approaching a Taboo Topic: Sex During Cancer
Who ever said that cancer patients, young or old, don't have sex?
PUBLISHED: Thu August 24 2017
WHOLElistic Care
I’m sure we can all agree that we’d like to provide the best care possible to our patients each and every day.
PUBLISHED: Tue June 13 2017
Yoga and Cancer
Yoga can benefit the cancer survivor both physically and emotionally.
PUBLISHED: Thu May 25 2017
External Resources