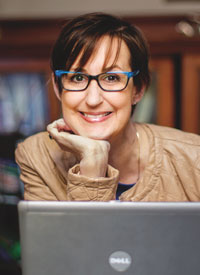 Cancer touches the caregiver as much as the patient, and that position comes with it's own, unique emotional tolls.
PUBLISHED: 2:51 PM, THU MARCH 23, 2017

Yesterday I had an experience that I feel compelled to extract from my body via trembling fingers tapping out verbiage in hopes of, number one, releasing it so my soul will settle and, number two, show some sort of understanding for those in my life the last seven years.

I have been helping a friend of mine. They had been diagnosed with cancer last year and went through treatment practically unbeknownst to most of those around them, me included. Then symptoms came back and they sought my counsel as one that has fought the good fight. They were in need of advice and some support.

I readily agreed to attend doctor appointments to help them understand and navigate the labyrinth of oncology care. The first meetings were rather didactic. Biopsies and tests had already been performed and it was indisputable, the cancer was back and was behaving aggressively. The doctor outlined the plan and a offensive attack devised that had to start quickly. When he left to go check on “how soon” it could start my friend leaned back in the chair and took a shaky breath. Then covered their face with their hands; shoulders shook as they let out shock and fear in the form of tears. I hugged them and offered assurance that things would work out. That we would figure it all out.

Fast forward three weeks and two rounds of treatment that was laced with brutal side effects, that was my yesterday. Again, along for support, I sat taking notes as the examination took place. The news was not what we had hoped for. Things had not changed, unwanted cells were advancing. My friend was exhausted, dehydrated, and damaged from the treatment. There was a third option for chemo but their body was in no state for it and it has only a small chance of helping.

The doctor spoke gently using words like quality of life, comfort and hospice. When we were alone, I re-explained the findings. I held them as tears came. A few rogue tears escaped my own eyes which I wiped quickly as I was needed as a mainstay in that moment. I gripped their hands and told them that they and I were one hundred percent alive right then, in that moment, and that God was with us. I told them they were not alone. It felt good to say it aloud.

We left the office hand in hand and when they were tucked safely in the car, in the care of another friend’s expert hands, I walked to my car in the parking lot. Out loud and to no one in particular, I said, “Well that was just shitty." Two off-duty nurses walking ahead of me turned to look at me. I apologized for the offensive language, and got in my car. I then took my own shaky breath and cried about all that I had seen and heard in the last hour.

As I recovered my composure, it dawned on me that there are caregivers and families everywhere that go through this every day and I want to say right now that I didn’t know. I didn’t know what it was like to look at my face as devastating news was delivered to me. When my mind failed to grasp what the doctor was telling me, I didn’t know that’s how it felt for my dearest ones to have to retell the horrible news to me so I did understand. When my hands moved to cover a shocked face as tears came, I didn’t know about the helplessness those that cared for me felt. The shock felt within their being releasing a strong reverberation that had to be contained as they cradled me and let me cry only allowing a few tears of their own. The words of comfort and reassurance spoken allowed so that I could have some sort of life line to cling to...I didn’t know they were clinging to it too. All of us holding on tight to what seemed to be the tiniest thread of hope.

I didn’t know they were trying to work a solution to a problem they couldn’t solve because “it is what it is." I didn’t know about the conversation they had with themselves after I was tucked safely away and out of earshot. I didn’t know about the tears that came in private, away from my presence as the reality of the choices that I was going to have to make and what I perhaps would have to endure, maybe painful, maybe insurmountable.

And me, the patient. Me, the victim. Me, the one who will experience unspoken atrocities of treatment. I am not the parent, the sister, the husband, the child, the caregiver...the witness. The witness. I didn’t know. I don’t know the entirety of it. But I want you all to understand that I know now. I received a disquieting look at your reality and what I saw wounded my soul a little and that was just a small flash...a tiny glimpse.

Discussions >>
Talk about this article with nurses and others in the oncology community in the General Discussions Oncology Nursing News discussion group.
More from Michele Longabaugh, RN
Palliative Care: May I Have Some Please?
Palliative care is for the living.
PUBLISHED: Tue February 26 2019
The Patient Advocate Experience
My training as a registered nurse helped me as I developed long-distance relationships with several women who have anal cancer--I call them my “virtual sorority sisters.”
PUBLISHED: Thu October 25 2018
Writing Helps Relieve Stress from Cancer Concerns
A look at how writing is a means of self expression and stress relief for a nurse who is also cancer survivor.
PUBLISHED: Wed May 30 2018
Nurses Touching Souls
A survivor recalls the impact oncology nurses can have on their patients.and the "extraordinary power" of love.
PUBLISHED: Wed April 13 2016
External Resources