Coping with Fear of Recurrence: Part 1

As the field of oncology advances, increasing numbers of cancer patients are living longer with the aftermath of cancer treatment. Survivors may experience psychological consequences as a result of their cancer experience, and few psychological symptoms are as ubiquitous among cancer survivors as Fear of Recurrence (FOR), defined as the fear of a disease recurring or progressing. And for good reason: for many survivors their fear is realistic. Yet high levels of FOR can impair survivors’ quality of life. It may be difficult to figure out how to work with survivors to help them put their FOR of in perspective so they can enjoy their lives going forward.This will be a two-part blog, with this portion covering topics such as prevalence and consequences of FOR. The next blog will focus on strategies to manage FOR.

HOW MANY SURVIVORS HAVE FEAR OF RECURRENCE (FOR) , AND HOW LONG DOES IT LAST?
Some level of FOR is reported by almost all cancer survivors, with estimates of prevalence as high as 97%1. Although one may assume that FOR would decrease over time as risk of recurrence decreases (for most types of cancer) over time, levels of FOR among survivors have been shown to remain steady over time. For example, approximately 26% of long-time (over 5 years) breast cancer survivors report moderate to high levels of FOR2.

WHO IS AT HIGHEST RISK FOR HIGH LEVELS OF FOR?
From the perspective of a healthcare provider, it would seem logical that those most at risk for high levels of FOR would be survivors whose risk of recurrence was higher due to clinical factors, such as having a cancer that was particularly aggressive or was diagnosed at a later stage. But studies have demonstrated that the rather than objective clinical assessment of the risk of recurrence, the survivor’s subjective experience of cancer treatment1, in addition to psychological factors and sociodemographic variables, combine to impact their perception of their risk of recurrence.

Higher levels of FOR are associated these factors:

Sociodemographic factors:
Physical factors:
Psychological factors:
WHY DOESN’T FOR DECREASE OVER TIME? AND WHY AREN’T LEVELS OF FOR CORRELATED WITH DISEASE SEVERITY?
It does seem odd that FOR doesn’t decrease over time, and that levels aren’t associated with severity of disease. Healthcare practitioners may conceptualize risk of recurrence in objective terms of specific type of disease, grade, stage, and effectiveness of treatment. But for the general population of cancer survivors who do not have a medical background, FOR may be based more on the subjective experience of cancer treatment and the factors mentioned above than on medical facts. In fact, studies have documented that often survivors do not have an accurate understanding of their risk for recurrence5.  Also, as time passes the accuracy of perception of risk for recurrence decreases, and higher levels of anxiety are associated with an overestimation of risk of recurrence12.

By patricktron
Jun 29, 2020 1:36:34 pm
The most reliable Malwarebytes customer support number If you are using Malwarebytes in your computer, you can have total peace of mind. It is a highly effective antimalware program that keeps the system squeaky clean and protects it from online threats. Are you experiencing some minor troubles with your Malwarebytes these days? Has [url=https://www.assistanceforall.com/services/antivirus-support/malware-bytes-support/] Malwarebytes stopped working?[/url] If yes, then you need not feel disappointed as you can get all help and assistance from our [url=https://www.assistanceforall.com/services/antivirus-support/malware-bytes-support/]Malwarebytes customer support number[/url]. Just dial our toll free number 1-877-916-7666 from anywhere across the country to get access to our reliable help line. Our qualified engineer will solve your problem without any delay.
Reply 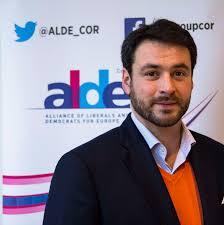 By MichaelVettori
Jun 30, 2020 4:33:02 am
Interesting read. Cancer patients already have it pretty with all the treatment traumas and after-effects. I'm a medical academic writer for an help with reflective essay website. FOR sounds like a living nightmare. Although, if I think about it, I think I have come along some people who had FOR. And I think it doesn't just affect cancer patients, but to all those patients that have been through any major serious disease. I wish all the FOR patients both good physical and mental health.
Reply 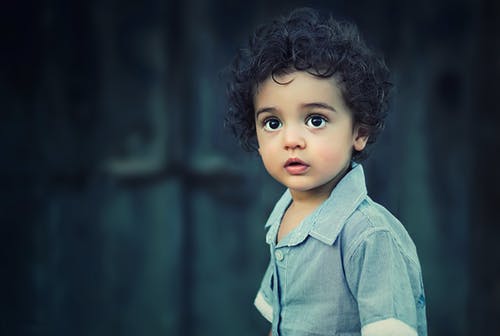 By Jessica Campos
Jul 02, 2020 5:55:03 pm
Such subjects are important fort the growth and development of individuals who will be further responsible for the jobs like doctors, engineers, fire fighters, teachers, managers, It specialists, therapist and top paper writing services formal jobs.
Reply
Reply
You must log in to use this feature, please click here to login.