ASCO Calls for Alignment of Drug Costs and Values 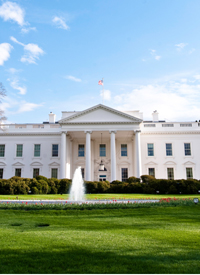 The American Society for Clinical Oncology (ASCO) is urging leaders in Washington DC to come to a consensus on drug value to ensure that people across the nation have access to affordable treatments and that the producers of the drugs make efforts to bring new medicines to the market. Meanwhile, rumors continue to fly in DC stating that President Donald Trump is weighing a set of measures to control drug costs.

In a position statement issued July 19, ASCO said drug costs could be aligned with value by forming a broad committee of stakeholders and developing pilot plans for testing value initiatives. That group would consist of physicians, public and private payers, pharma industry representatives, health care economists and patient advocates.

“If you locked everybody in a room for a week, I think we could come up with something that everybody would be comfortable with,” said Blase Polite, MD, a co-author of the statement, and immediate past chair of ASCO’s government relations committee.

Capitol Hill watchers have speculated that Trump has a drug price control plan in mind, but is withholding action until some resolution is achieved in Republican efforts to legislate an end to the Affordable Care Act.

“ASCO is firm in its position that any policy solutions to address the price of cancer drugs must promote access to care for patients, affordability of drugs vital to their treatment, and innovation in drug development. Regardless of the specific policy recommendations pursued, defining value must underpin the drug pricing debate,” the ASCO statement said.

ASCO said one thing the FDA should do is make “meaningful clinical outcomes” a standard for drug approval. It said too many drugs are coming to market with only incremental or negligible improvements over existing agents. “One recent study revealed that only 19% of recently approved cancer drugs met ASCO’s goals for producing clinically meaningful survival outcomes for patients, despite often entering the marketplace at extraordinarily high prices,” ASCO wrote.

Using baseball lingo, Polite said that many new drugs amount to “bunts” that don’t add much to the cancer drug toolbox, although their prices seem to suggest greater value. “We think that if you set a reasonable value bar, you’re going to encourage more dynamic innovation,” Polite said.

ASCO said that physicians should be given a set of value-based pathways to follow that emphasize a drug’s value to patients rather than limited resource use.

“This has the advantage of incentivizing both provider use of higher value treatments and development of therapies by the pharmaceutical industry that achieve high value through a combination of maximizing efficacy and minimizing toxicity and costs,” ASCO wrote.

It said individual drugs should have different prices based on how well they do for given indications, which is known as indication-specific pricing, and it recommended that drug payment for manufacturers should be based on the quality of outcomes, known as outcome-specific pricing. “If a patient survives beyond the median survival reported in the clinical trial population, reimbursement is higher than a stated benchmark. Conversely, if the drug therapy results in less than the expected median survival time, reimbursement would be lower,” the group said.

ASCO endorsed the development of generic and biosimilar development, based on its potential to lower costs and improve access, and called for bans on industry practices that extend drug exclusivity beyond patent expirations. One example of this is paying competing manufacturers not to market a generic version of a lucrative brand drug, known as pay-for-delay.

Although it called for cost containment strategies, ASCO criticized the payer practice of moving effective specialty drugs into higher formulary tiers, which leads to higher out-of-pocket costs for patients and ultimately reduces access. “This places vulnerable patients in the crosshairs of a problem they did not create,” ASCO said.

Specialty drugs accounted for 37% of drug spending in 2015 and are projected to account for 50% of all drug spending by 2018, ASCO wrote.

Although it may seem that pharmaceutical companies have control of the market and can charge what they like, Polite said that this cannot continue forever. “The manufacturers understand that they have a target on them and that either they come to the table and try to come up with prices that are reasonable or they’re going to have solutions imposed on them at some point.”
Start a discussion
You must log in to use this feature, please click here to login.