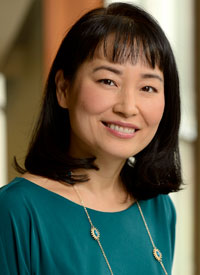 Racial and ethnic minority populations in the United States continue to experience higher cancer mortality rates than those among non-minority populations. A number of variables contribute to this alarming gap, but the lack of representation in clinical trials is a clearly recognized factor.

Clinical trials are crucial in the development of new cancer therapies, yet participation in these trials remains low overall, and many populations are underrepresented, leading to health disparities. The fix is easy, in theory: ensure that more minorities participate in clinical trials. Of course, the solution has been neither simple nor completely implemented.

Just as a clinical trial that features men exclusively could reach conclusions on treatments that do not work as well for women, a study that doesn’t include minorities may result in treatments that either leave them out or have unintended consequences. Add to this the nature of clinical trials, in which participants are monitored closely and may have improved treatment outcomes, and minorities are missing out on potentially lifesaving interventions.

From a scientific perspective, underrepresentation limits the ability to generate hypotheses about differences in outcomes or to conduct meaningful subgroup analyses in order to detect treatment differences between groups. This results in unfair distribution of the potential benefits and risks of trial participation and decreases generalizability of research findings.

Enrolling participants presents a constant challenge. For example, only 3% to 5% of all adult patients with cancer participate in clinical trials, and fewer than 10% are racial and ethnic minorities. African-American men are especially unlikely to enroll.

Research mistrust or even wariness based on historical ethical research misconduct cannot be discounted. Fallout from abuses incurred within the Tuskegee Institute syphilis research on black men in the 1930s persists even today. Sadly, past research abuses continue to be uncovered (ie, mustard gas experiments related to veterans that were conducted disproportionately with racial/ethnic minorities) and can result in higher levels of skepticism and decreased motivation to participate in trials. Finally, strict enrollment criteria and retention concerns may result in a bias against the participation of elderly patients or individuals with multiple comorbidities, groups already known to be vulnerable within our healthcare system. Because certain racial/ethnic minorities are at higher risk for multiple comorbidities, they may even be excluded from trial participation, compounding existing disparities in research outcomes and application.

These research participation concerns may be offset by provider recommendations (especially from providers with whom patients have a longstanding relationship), which is known to be an important factor in patients’ participation. When opportunities are properly presented, minority patients may perceive invitations to participate as an important means to overcome existing disparities.

Despite numerous studies on barriers to participation, little progress has been made in terms of minority participation in clinical trials. Few interventions to address challenges to clinical trial accrual in the context of racial/ethnic representation have been rigorously conducted and evaluated. More multisite studies, as well as efforts to address minority accrual across treatment centers and regions, should continue to be rigorously implemented and evaluated. Recruitment of all research participants is likely to become increasingly challenging, however, as current trends toward targeted therapy and personalized medicine necessitate larger numbers of trial participants.

EMPaCT—Enhancing Minority Participation in Clinical Trials aims to increase recruitment and retention of racial/ethnic minorities into therapeutic clinical trials with the ultimate goal of reducing cancer-related health disparities. This initiative of the National Institute on Minority Health and Health Disparities provides training courses, materials, and other resources for healthcare practitioners to help them in their efforts to overcome barriers to minority enrollment in clinical trials. For more information, visit www.empactconsortium.net.

Without creativity, sensitivity, and ongoing partnerships with minority communities and stakeholders, low clinical trial enrollment among minority groups will continue to have both upstream and downstream effects on the national healthcare system. In addition to diminishing the evidence base for practice, a tremendous amount of research resources will be wasted without realizing the intended benefit for all citizens, thereby straining a system that is already highly resource-intensive despite trailing globally on many health indicators. Solving the problem of low minority accrual to clinical trials is an important step to ensuring improved health outcomes for all.

Get to the Root of Cancer Disparities
By: Brittany Lovely

The Cost of Nursing School: Is the Extra Degree Worth It?
By: Brielle Benyon
External Resources