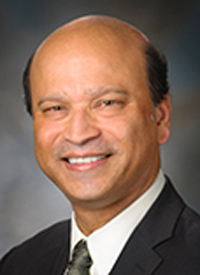 A number of highly effective cyclin-dependent kinase 4 (CDK4) and CDK6 inhibitors are currently in development as treatments for patients with metastatic breast cancer. At this point, palbociclib (Ibrance) has gained FDA approval as a frontline therapy with letrozole and as a second-line therapy with fulvestrant for patients with hormone receptor (HR)–positive breast cancer.

Palbociclib demonstrated a consistent progression-free survival (PFS) benefit in patients with advanced estrogen receptor (ER)-positive breast cancer, according to a biomarker analysis of the phase III PALOMA-2 trial presented at the recent annual meeting of the European Society of Medical Oncology (ESMO).1

Abemaciclib is another agent that is rapidly advancing through clinical trials. This potent agent has received a breakthrough therapy designation from the FDA for its potential use as a monotherapy for patients with refractory HR-positive advanced breast cancer.

In addition to single-agent activity, abemaciclib is being explored in other subtypes of breast cancer, including findings from a phase 1b study, also presented at ESMO.2 This study showed that when combined with tamoxifen, trastuzumab, or one of many endocrine-based therapies the agent demonstrates significant antitumor activity and clinical benefit in patients with advanced breast cancer.

The FDA also granted a breakthrough designation to another drug in this class, ribociclib, in combination with letrozole for its potential as a frontline therapy for patients with HR-positive, HER2-negative advanced breast cancer. The designation, which is meant to expedite the development of promising new therapies, was based on findings from the phase III MONALEESA-2 trial, in which ribociclib and letrozole significantly improved progression-free survival (PFS) compared with letrozole alone.

In additional findings for ribociclib in breast cancer reported at the 2016 ESMO Annual Congress, the drug demonstrated significant slowing of disease progression when added to endocrine therapy in postmenopausal women with HR-positive metastatic breast cancer.3

Adverse Events With CDK 4/6 Inhibitors
Palbociclib received its FDA approval based on a doubling of PFS (20.2 months) versus 10.2 months for letrozole alone seen in the phase II PALOMA-1 trial. Debu Tripathy, MD, chair of Breast Medical Oncology at the University of Texas MD Anderson Cancer Center explained that although the drug is reasonably well-tolerated, it does require more monitoring of blood counts due to the risk of neutropenia, and dose adjustments may be needed. Febrile neutropenia is very rare with palbociclib. Other common side effects (occurring in >30% patients taking palbociclib) are fatigue and upper respiratory infection.

The most notable difference between the CDK 4/6 inhibitors is their toxicity profiles. Myelosuppression, particularly neutropenia, is the primary dose-limiting toxicity (DLT)for palbociclib and ribociclib. Rates of neutropenia are approximately 40% for both agents.

In studies of abemaciclib, patients had milder hematologic toxicity, and it was not a DLT. Because myelosuppression is less of a side effect with abemaciclib, it can be given continually without an off-treatment week per cycle.

Gastrointestinal toxicity, however, is more common with abemaciclib than with the other CDK 4&6 inhibitors. In a phase I trial, the incidence of diarrhea was 66%, although only 6% of patients had grade 3 diarrhea, and none had grade 4. Lowering the dosage of abemaciclib may help eliminate or reduce the severity of this side effect, and supportive medications may help. Two trials investigating the agent (NCT020677844 and NCT02441946) now administer the drug with prophylactic loperamide.