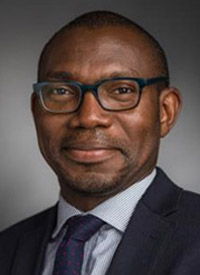 Evidence continues to mount on the benefits of a healthier lifestyle for cancer survivors, and findings of a new prospective study suggest that one such intervention—eating tree nuts like almonds, walnuts, and pecans—can improve overall survival and reduce the risk of recurrence in patients with colon cancer.

Researchers performed a prospective observational study of a subset of 826 patients participating in the randomized CALGB 89803 trial examining adjuvant combination chemotherapy in patients with stage III colon cancer. Among the 19% of patients in the subset who reported consuming 2 or more ounces of nuts per week, risk of disease recurrence was 42% lower and the risk of death was 57% lower.

“We observed that nut intake was associated with significant improvement in disease-free survival and overall survival in this patient population of stage III colon cancer patients,” said Temidayo Fadelu, MD, presenting the findings during a presscast May 17 in advance of the 2017 ASCO Annual Meeting. “This study adds to the evidence that dietary and lifestyle modification can, in fact, yield protective benefits in colon cancer survivors.”

Fadelu did note, however, that a secondary analysis found that this association was only limited to tree nuts and not observed with consumption of peanuts or peanut butter. He hypothesized that this is due to the fact that peanuts are technically legumes with a different biochemical composition than the other tree nuts.

Fadelu, a clinical fellow in medicine at Dana Farber Cancer Institute, explained that nut intake was chosen for examination in this observational study, not only because of their known association with lower cardiovascular mortality, but also their link to a lower incidence of obesity, type 2 diabetes, metabolic syndrome, insulin resistance—conditions that are associated with a higher risk of recurrence and death from colon cancer.

Participants in this study filled out a food frequency questionnaire 6 months after completing chemotherapy for their colon cancer. They were asked about dietary intake and, specifically, their consumption and frequency of eating tree nuts (almonds, walnuts, hazelnuts, cashews, and pecans), peanuts, and peanut butter.

The study’s primary endpoint was disease-free survival from the time the participants completed the questionnaire to disease recurrence. The overall CALGB clinical trial began in 1999, and the median follow-up for this part of the study was 7 years.

“The odds of surviving colon cancer, if it is not metastatic, are quite high,” said ASCO President Daniel F. Hayes, MD, FACP, FASCO, commenting on the study’s findings during the presscast. “Healthy people live healthier. I know that sounds pretty self-evident, but one cannot assume, ‘I have colon cancer, it doesn’t matter anymore.’”

Rather, he stressed, colon cancer survivors—after receiving standard of care treatment for their disease—can benefit from healthier living, “and it might even increase the chances of [their] colon cancer not coming back, as well as the other benefits that come with a healthy lifestyle.”

Hayes also noted that because these findings are from a prospective rather than retrospective study, it enhances their significance. That, he said, “takes a lot of the biases out of the classic retrospective observational trials where patients are asked, ‘Do you remember what you did several years ago?’ This was in real time, so it makes these findings even more compelling.”