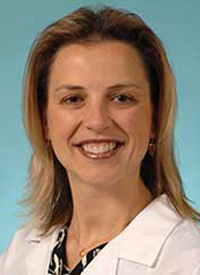 The use of bilateral mastectomy has more than doubled in the past 10 years in women with ductal carcinoma in situ (DCIS), but study results presented at the 18th Annual Meeting of the American Society of Breast Surgeons (ASBrS) indicate that choosing this aggressive approach to treat these early-stage cancers is unnecessary.

Many of the women decide to undergo the radical surgery in order to reduce their risk of developing contralateral breast cancer (CBC), a second cancer in the opposite breast. According to the American Cancer Society, removing both breasts before cancer is diagnosed can reduce the risk of breast cancer by up to 97%. However, DCIS, a stage 0 cancer, is highly curable and noninvasive.

For their study, a team of researchers from Memorial Sloan Kettering Cancer Center (MSK) examined the risk of CBC after DCIS in more than 2750 patients who underwent recommended breast-conserving lumpectomy surgery.

They evaluated outcomes in terms of CBC (defined as either DCIS or invasive cancer) as well as the rates of CBC compared with the rates of ipsilateral recurrence and found that, for women who underwent breast conservation for DCIS, 3.2% developed a contralateral cancer after 5 years. After 10 years, 6.4% had developed CBC.

Investigators evaluated factors potentially associated with the development of CBC or ipsilateral recurrence: age over or under 50 years, presentation of the cancer via imaging versus clinical examination, family history, the nuclear grade of the DCIS, surgery before or after 1999, and the use of radiation and/or endocrine therapy. Of those, age, family history, presentation, and initial DCIS characteristics did not correlate with new tumors in the second breast. But, the study concluded that some of these factors were associated with cancer returning in the original breast.

A multivariable analysis confirmed that the only factor associated with the risk of CBC was endocrine therapy. Its use nearly halved the contralateral risk, noted lead author Megan E. Miller, MD, of MSK.

The authors concluded that the risk of CBC is low after DCIS for women treated with breast-conserving surgery. In addition, the rate of CBC is not higher after ipsilateral recurrence.

“Most studies examining the benefits of bilateral mastectomy focus on invasive cancer,” she added. “This study is unique in providing hard data for women with pre-invasive (in situ) disease. For these patients, examining risk factors for recurrence and the benefits of radiation and endocrine therapy to treat the existing cancer are important, but our findings of low contralateral breast cancer risk do not support undergoing unnecessary major surgery on the opposite breast.”

Julie Margenthaler MD, a breast surgeon at Washington University School of Medicine, noted in a statement that, “The rate of contralateral breast cancer was only 5% to 6% at 10 years, and this was further reduced by the use of endocrine therapy. Thus, bilateral mastectomy in the setting of unilateral DCIS should be the exception rather than the routine,” and she noted that the ASBrS has published consensus guidelines to help clinicians discuss these complex treatment decisions with patients.

The Importance of Conversing About Toxicity in HER2+ Breast Cancer Treatment
By: Brielle Benyon