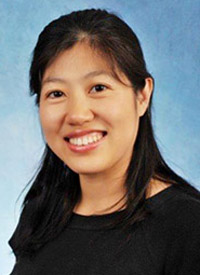 According to findings from a study presented during a presscast in advance of the 2017 ASCO Annual Meeting, more Stage I cancers were diagnosed after the passage of the Affordable Care Act within five screenable disease types (colorectal cancer, female breast cancer, cervical cancer, lung cancer and prostate cancer) than were diagnosed before ACA implementation.

Xuesong Han, PhD, lead researcher, explained that there is extensive evidence to suggest that a lack of health insurance or poor health insurance coverage can result in cancer being diagnosed at a later stage. The implementation of the ACA brought with it Medicaid expansion and the Marketplace exchange in 2014. These measures substantially increased the number of Americans 18 to 64 years old who have insurance coverage. With more patients on health insurance, there is more access to cancer screening and physicians, leading to earlier diagnosis of cancers that can be found via screening.

For their study, titled “Changes in Stage at Diagnosis of Screenable Cancers After the Affordable Care Act,” the researchers used the National Cancer Database to examine nonelderly cancer patients of screening-appropriate age in the first to third quarters of 2013, and then again in the second to fourth quarters of 2014. The number of patients with each cancer differed, as did the recommended age range for screening. The researchers determined the proportion of Stage I disease at diagnosis within each time period, as well as prevalence ratios for Stage I diagnoses in 2014 compared with 2013.

The percentage of cancers diagnosed at Stage I increased by 1% across four of the cancer types, but decreased by 1% in prostate cancer. According to the adjusted prevalence ratios, the increase in Stage I diagnoses from 2013 to 2014 was statistically significant for colorectal cancer (prevalence ratio = 1.04), female breast cancer (1.02) and lung cancer (1.07), but not for cervical cancer. The increases were, according to Han, “consistent with our hypothesis. With more people gaining insurance and access to screening services, or access to physicians … more cancers can be detected at an earlier stage.”

The decrease in Stage I diagnoses in prostate cancer was statistically significant (prevalence ratio = 0.93). Han, Strategic Director of Health Policy & Healthcare Delivery Research at the American Cancer Society, believes this decrease “may reflect the recent US Preventive Services Task Force (USPSTF) recommendation against the routine testing (of prostate-specific antigen as a screening measure).”

The ACA was “significantly associated with a shift to early stage at diagnosis for colorectal, female breast and lung cancer,” Han concluded. Additionally, shifts to early-stage diagnosis for colorectal cancer and lung cancer were mainly seen in Medicaid-expansion states, while the shift for female breast cancer occurred regardless of Medicaid expansion.

Bruce Johnson, MD, FASCO, and President-Elect of ASCO, said of this study, “This is certainly consistent with the idea that, by doing the additional screenings, you can potentially find more Stage I patients. And the earlier the stage, the more likely a person is to be cured.”

Johnson also commented on the future of the healthcare system, stating, “ASCO strongly supports the relative ease of access to screening capabilities. One of the characteristics of the ACA was that most of the cancer screening was covered. Whatever form our health care takes over the next several years, we advocate for patients to have early access to screening which can identify cancers at an earlier stage in a more curable form.” Han X, Lin C, Jemal A. Changes in Stage at Diagnosis of Screenable Cancers After the Affordable Care Act. J Clin Oncol. 2017;35(suppl; abstr 6521).