Palliative Care: When Patients Understand It, They Are More Likely to Use It 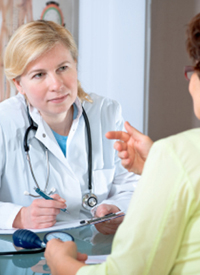 An educational program can help ease the worries patients with cancer often have about palliative care, an important tool for improving quality of life (QOL) for patients with advanced illness, although many are reluctant to embrace it.

Palliative care can benefit both patients and the healthcare system by reducing healthcare utilization and improving patient satisfaction. However, many patients are unaware of what this type of care involves, and refuse to accept referrals.

A study recently published by the American Psychological Association (APA)1 examined whether an education initiative could help change these perceptions. The intervention, called Project EMPOWER, provided information to nearly 300 patients with cancer building on the Early Palliative Care Study; the remaining half of the study participants received no information.

The influential Early Palliative Care Study, published in 2010,2 found that patients with lung cancer demonstrated improved QOL and fewer depressive symptoms if they received early palliative care. They were less likely to receive aggressive end-of-life care than the control group receiving normal care, but had a longer median survival time by almost 3 months.

Researchers on this APA study found that Project EMPOWER “had a favorable impact on participants’ preferences for outpatient palliative cancer care relative to controls.” Patients receiving the intervention reported that they now viewed palliative care as “less scary” and had more positive perceptions of its efficacy.

Importantly, this change in attitude was accompanied by a change in potential behavior, as these patients showed stronger intentions to use palliative care services if referred.

These encouraging findings did not come as a surprise to lead study author Michael Hoerger, PhD, assistant professor of psychology, psychiatry, and oncology at Tulane University. “Most people are scared of palliative care because they believe it means stopping treatments, giving up, or starting hospice,” he explained in a statement.

“When people learn they can still do their treatments and that there is good evidence that palliative care helps with side effects and the stress of their illness, of course they want it.”

Study results were based on statistical analyses that controlled for potentially influential factors like patient demographics or their severity of illness. The study also presented a relatively simple and low-cost strategy for boosting awareness and acceptance of palliative care.   “Usually it takes 20 to 30 years before effective interventions are widely accessible,” Hoerger said. “We hope that by educating people about the benefits of palliative care, more patients and families will feel empowered to use it.” Christina Mattina is a writer and assistant editor for the American Journal of Managed Care. Read more at AJMC.com.

End-of-Life Discussions: Tell Us Where You Stand
By: Brielle Benyon

Tips for Palliative Care Nurses During the COVID-19 Pandemic
By: Brielle Benyon