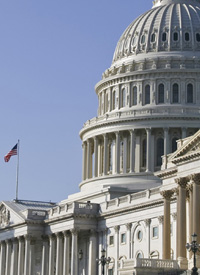 Senate Republican leaders released their draft of a bill to repeal and replace the Affordable Care Act (Obamacare) June 22, and immediately stakeholders began to weigh in on its implications, including practitioner groups and patient advocates.

Providing a rationale for the legislation, Senate Majority Leader Mitch McConnell (R-Kentucky) said on the Senate floor, “Republicans believe we have a responsibility to act and we are. For our constituents, for our states, and for our country.”

The Senate plan in many aspects is like the American Health Care Act passed by the US House of Representatives May 4 in a 217-213 vote. However, the Senate bill, called the Better Care Reconciliation Act of 2017 (BCRA), would factor in age, income and geography when determining financial assistance to help individuals pay their premiums, whereas the House version did not include income in this calculation.

Other ways the Senate bill differs from Obamacare include repeal of the mandates that individuals carry health insurance and that employers with 50 or more employees provide it. Additionally, where the ACA allowed insurers to charge a maximum of 3 times their lowest rate to older consumers, this bill changes that age rating to 5-1―meaning insurers would be able to charge older adults up to 5 times what they are charging younger adults.

Holdover protections the Senate retained from Obamacare are the provisions allowing individuals to remain on their parents’ health insurance through age 26 and preventing exclusion based on preexisting conditions. The Senate bill does not include stipulations which allow states to charge individuals more based on preexisting conditions, which the House bill included. However, it does grant states more flexibility in deciding the rules of insurance in their state.

Also, funding for cost-sharing reduction payments, which decrease the out-of-pocket costs for some low-income individuals, will continue through 2019.

In a statement June 20, McConnell stated that Obamacare trends are unsustainable and his chamber’s legislation to repeal and replace the law is necessary due to the instability of the insurance market, leading to higher costs and less choices for many consumers.

Senate Minority Leader Charles E. Schumer (D-New York), however, countered that these proposed changes, “will result in higher costs, less care, and millions of Americans will lose their health insurance, particularly through Medicaid.”

At that event, Cipriano stated, “The Senate’s healthcare proposal would be disastrous for our nation’s most vulnerable. We will not be fooled. This is not a promise kept. This is a promise broken. This proposal is heartless. We are nurses and we are worried about our patients. We will not stop fighting for them. We can—and must—do better.”

The American Society of Clinical Oncology (ASCO) also issued a statement June 22 in opposition to the bill: “We are disappointed that the legislation fails to meet our guiding principles for healthcare reform by halting Medicare expansion, reinstating annual and lifetime coverage caps, and cutting coverage for essential health benefits including cancer screening. These provisions are critical to providing high-quality cancer care in this country and lead to even greater state-by-state disparities in the delivery of care.”

Following release of the Senate draft legislation, the National Coalition of Cancer Survivorship posted on twitter, “Health care legislation should improve our health care system, increasing access and affordability to quality health care for the American people, and should be negotiated (as all bills should) in an open and democratic process”; in an email alert, the NCCS urged survivors to contact their senators with concerns about the just-released bill.

The Senate is expected to vote on its version next week before the July 4th recess. The Washington Post reported June 23 that currently 9 Republican senators have indicated opposition to or concerns about the bill as it stands. There is only room for 2 Republicans to vote no; any more, and the bill would not have the numbers to pass without any Democratic support.

The Congressional Budget Office (CBO) is also expected to “score” the Senate bill early next week to provide an estimate of its cost and overall impact on coverage. CBO’s projection of the number of uninsured under the House version of the repeal and replace bill was that 23 million more Americans would be uninsured by 2026 compared with current law.

ASCO Calls for Alignment of Drug Costs and Values
By: Tony Hagen