When Younger Patients Get a Second Cancer, Outcomes Are Worse, Study Finds 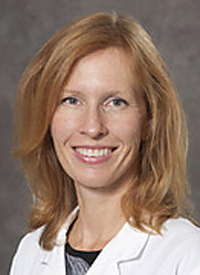 Second primary cancers in pediatric, adolescent and young adult (AYA) patients are deadlier than they are in older patients, according to a new study published in JAMA Oncology.

Researchers from University of California, Davis (UC Davis), Oregon Health and Science University in Portland, and the John Wayne Cancer Institute in Santa Monica, California, examined 5-year survival rates and found that after a second cancer it was 33.1% lower for children, 20.2% lower for AYA patients and 8.3% lower for older adults compared with a primary cancer at the same age.

They determined their findings by using data from more than a million (15,954 pediatric, 125,750 AYA and 878,370 older adult) patients with cancer of all ages throughout the United States using 13 registries from the Surveillance, Epidemiology and End Results (SEER) program.

One group of patients in the study had only 1 cancer, whereas the other group had a first cancer and then developed a second cancer.

“We know from prior studies that the risk of developing a second cancer varies by age, with those diagnosed with their first cancer at a young age having a higher risk of a second cancer than those diagnosed with their first cancer later in life,” Theresa Keegan, PhD, MS, associate professor in the division of hematology and oncology, UC Davis Comprehensive Cancer Center, said in an interview with Oncology Nursing News. “In this study, we found that the adverse impact of a second cancer on survival was most pronounced in children and AYAs compared with older adults.”

The researchers saw significant differences in survival among the common cancer types. For instance, AYA patients diagnosed with AML as a first cancer had a 57% chance of surviving for 5 years, but that dropped to 29% if it was the second cancer. For AYA patients diagnosed with breast cancer, the 5-year survival was 81% for a first cancer, but 63% if it was a second cancer.

There are no clear explanations on why survival is worse for children and AYA patients compared with older patients. However, Keegan did offer potential reasons why survival may be worse after a second cancer at any age.

“Worse survival after second cancers may result from the second cancer being more biologically aggressive, those with a second cancer having a worse response to treatment, limitations on types or doses of treatment they can receive as a result of their prior cancer treatment, or impaired physiological reserves that impair their ability to impact treatment for their second cancer,” said Keegan.

To get a broader understanding of what this all means, Keegan and the team plan to examine how the time between getting a first and second cancer affects survival and whether the type of treatment for the first cancer influences the outcome of a second cancer.

Keegan added that all cancer survivors have an increased risk of second cancers and, although the reason for this is not clear, there are cancer prevention strategies that patients and survivors can apply.