Young black women have a higher prevalence of BRCA mutations compared with that previously reported among non-Hispanic white women, placing these women at a higher risk for breast and ovarian cancer. 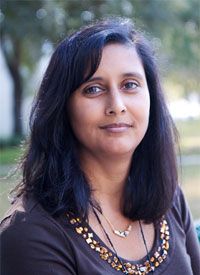 New research has found that young black women have a higher prevalence of BRCA mutations compared with non-Hispanic white women, a finding which adds even more heft to the need for greater access to genetic services in underserved communities to address disparities in cancer care.

Researchers from Moffitt Cancer Center in Tampa, Florida, undertook the largest population-based study to date among black patients with breast cancer to examine the frequency of BRCA mutations.

Among 396 young black women who were diagnosed with breast cancer before the age of 50 years, 12.4% of the study participants had either BRCA1 or BRCA2 mutations.1

The results were unexpected, said study leader Tuya Pal, MD, a clinical geneticist at Moffitt, in an interview. “This was more than double than what has been found among white women.” In addition, over 40% of women with BRCA mutations had no close relatives with either ovarian or breast cancer.

“Even though the overall breast cancer incidence is lower among black women than white women, the frequencies among young black women is actually higher,” Pal added. “Inherited gene mutations may account for part of this discrepancy. BRCA mutations greatly increase the risk of both breast and ovarian cancer.”

Genetic testing is increasingly common for certain diseases like breast cancer and ovarian cancer; however, not all groups of women are receiving genetic testing and counseling in equal numbers.

Underserved communities often do not have access to these services. However, while it is known that education and socioeconomic status may play a role in access, the researchers pointed to their published report earlier this year in Breast Cancer and Treatment to evaluate access to genetic services among the same population-based cohort.2

The findings showed that only half of study participants were referred for or accessed genetic services, yet all met national criteria to be referred to these services. Women with private insurance at time of diagnosis and a household income of more than $35,000 per year were more likely to access genetic services, but the strongest factor in moving forward with testing or counseling was the healthcare provider referral. This indicates that healthcare providers need to better identify high-risk women and provide them with access to genetic services, Pal suggested.

Genetic testing for women who may have the BRCA mutations can help them make decisions about breast cancer screening through MRIs and mammograms or preventative surgical procedures, such as mastectomies or oophorectomies, allowing them to be proactive about their health. In addition, women who know they have the mutations can pass this information on to family members who may also be at risk and who may want testing.

“We need to better understand the reasons for disparities in access to genetic services and testing so we can intervene,” Pal said. “What we don’t want is for these tremendous technological advances to widen the existing disparities among blacks. By quantifying them, it’s a step to trying to figure out why they exist and what we can do about them.”