A Personal Journey: Improving the Lives of People With Lung Cancer 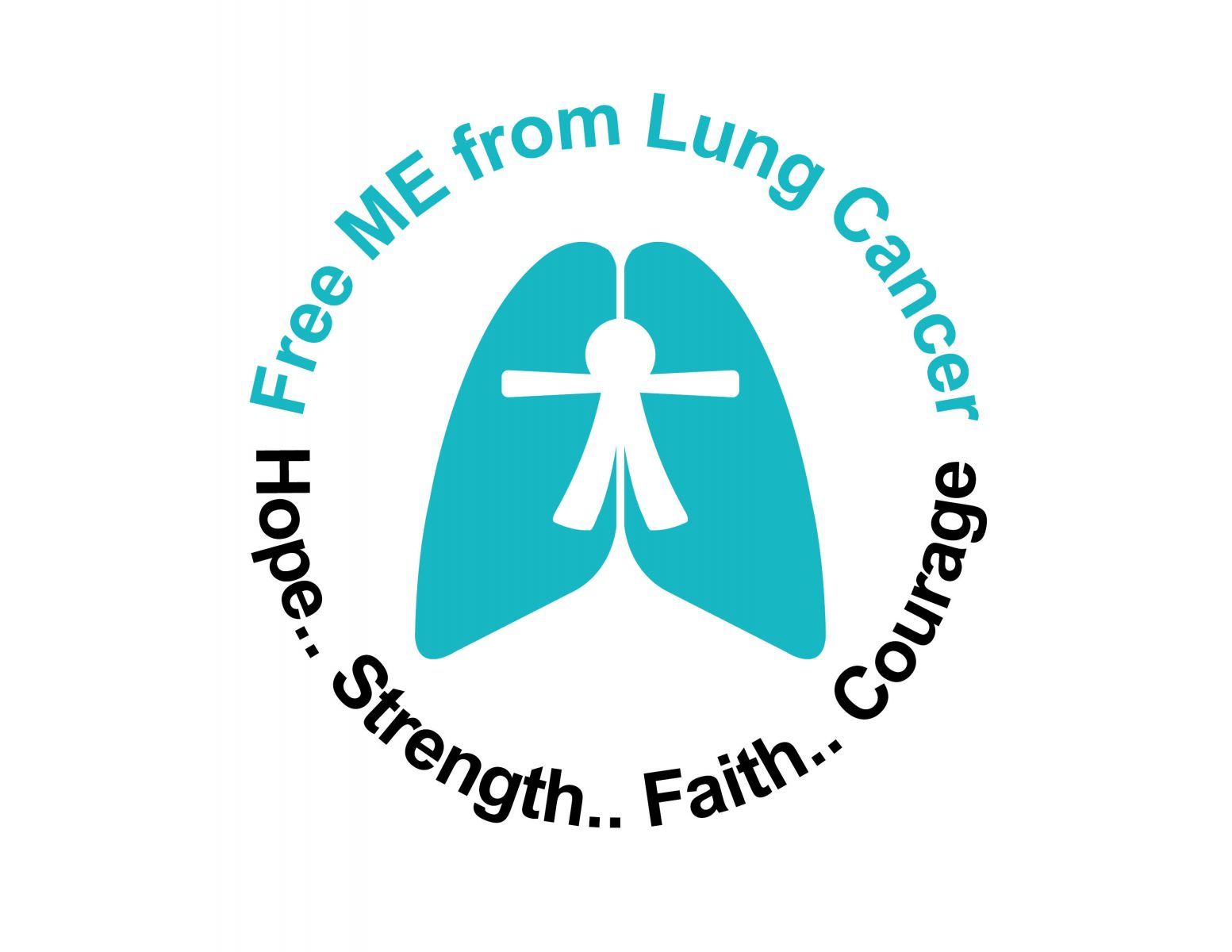 It’s been 17 years since my diagnosis of stage IIIa non—small cell lung cancer. I can remember that moment as if it was yesterday. The doctor turning around to face me after viewing my x-ray on the light box, his voice resonated in my ear with “You have lung cancer.” He continued to speak but I could barely hear him. The room was spinning as I tried to fight back the tears. Fear welled up in my throat making it hard for me to swallow. I could faintly hear him say “I am going to set up an appointment for you to have a bronchoscope.”

My mind was racing with many thoughts. How could this be? I stopped smoking decades ago. I was doing everything right. I ate all the right foods; I exercised and got plenty of rest. I was only 44 years old. I finally managed to find my voice and I said “Lung cancer! Are you sure?

Just a couple of weeks ago my biggest concern was what vegetables I would plant in my garden this year and how I was going to keep the pest from eating my veggies. From this I entered a new and scary journey filled with tests and procedures, medical terminology, and insurance issues.

On my way home I wondered how I was going to be able to find the words to tell my family. How could I place this burden on them? My stepdad was currently dealing with late-stage prostate cancer and my Mom was 10 years out from Duke III colon cancer.

I had seen the devastating effect that my parent’s health had had on my son. How could I burden my family with my disease? How was I going to tell the people I work with? Would I lose my job? What would people think about my disease? Will they blame me because I smoked? All of these thoughts and feelings should not be a concern when diagnosed with lung cancer; however, it seemed to be a focal point and one of many obstacles that I would have to overcome.

The first thing I did when I got home was to surf the Internet to see what I could find out about lung cancer. To my disappointment there was little information on the disease and what information that I could find did not hold much hope. Thoughts began to flood my mind again as fear overpowered me. I forced myself outside and into my garden, it was early spring, and though there was not much to see, I knew that it would help me relax and soothe away the tension that was mounting in my body. It was my escape for now, until I knew for certainjust what I was facing in this battle I was about to embark upon.

My son stopped by later that evening to see how I had made out at the doctors. I hesitated and then explained that I needed to have a bronchoscopy the next day. I tried to remain composed and in control so as not to alarm him, but I could see the fear and concern sweep over his face. “Why?” “What are they looking for,” he said. It felt like an eternity before I could find the words to tell him what I had learned earlier that day. “Lung cancer,” I said.

The next couple of weeks were filed with appointments that required bone scans, CT scans, brain scans, PET scans, and a surgical staging procedure that was more accurate in determining the stage of my cancer. Finally the results were in, and it was determined that I was stage IIIa non—small cell lung cancer. Since I was diagnosed long before the first gene mutation was discovered, my course of treatment was three rounds of chemotherapy spaced 21 days apart, surgery to remove my right lower lobe, and 25 rounds of radiation. This was considered a clinical trial. There were two other trails being conducted which were chemotherapy, radiation and surgery and chemotherapy, surgery no radiation.

Before I started treatment, I knew I had to start talking about what was happening to me. I shared my health issues with my Mom and stepdad. It was so hard for me to tell them. I saw the concern and fear envelope them and wondered how I was going to be strong enough for all of us to get through this.

The next day I talked with my supervisor. I saw the same look on his face as well. I explained that I would work as much as I could until I went in for surgery. I also told him that surgery was only an option if the tumor responded to the treatment. There were a lot of variables, and each step would have to be met before continuing on to the next. I told him that I was prepared to do battle with the disease.

It wasn’t long before the news got out to my coworkers who began to rally around me, offering me words of hope and inspiration. Many times I would come to work to find a note, card, flower, or some other treasure on my desk.

Although I received a great deal of support from many people, there was always these nagging questions and comments from some: “How long did you smoke?” “Did you smoke?” “I bet that made you quit smoking?” As if a history of smoking gives this dreaded disease the right to invade my life.

I found that working helped to keep some sense of order in my life that now seemed to have become so chaotic. People I barely knew would ask me to join them on a weekend outing. Support came from places that I had not expected. I knew that I would not be traveling this road alone and was grateful for that.

I finally started my first round of chemotherapy in June. I was told that I would probably be too sick and weak to work. My chemotherapy was on a Thursday at 8 AM. I finished my first treatment about 3 PM. I woke up on Friday not feeling too bad and got dressed and went into work. On Saturday it was a different story. I woke up feeling like someone had taken a baseball bat to my entire body. I could not find a comfortable place to sit, stand, or lie down and my stomach felt like it was going to explode. My son stopped by to see how I was doing and I started to cry. I told him that if this was the way I was going to feel during my entire chemotherapy treatment that I would not be able to make it through. He told me he loved me and he would see me through this.

On Monday morning I woke up, and much to my surprise, I felt like myself again. I got dressed and headed into work. As the days went by I noticed that my hair started to become very dry and brittle. It didn’t feel like hair. This is one of the tolls that chemotherapy takes on your body. I called my hair stylist and told him it was time to shave my head. He got me right in that evening. Now that my hair was gone, it was time to fight the real fight.

I returned for my second round of chemotherapy with much shorter hair. Everyone was surprised that I still had my hair albeit cropped close to the scalp. Again, the next day after my chemotherapy I got up and went into work. I woke up on Saturday and went about my day with little or no discomfort. I had escaped the dreaded effects of chemotherapy for this round.

I took my last chemotherapy treatment without incident and headed back down to Boston the following month with new scans in hand. My doctors were very pleased with the progress that I had made, and now I was ready for step two of my treatment plan, removal of my right lower lobe. My surgery was scheduled for the second week in September. My surgery went well. My stay in the hospital was longer than had been expected. The respiratory therapist would escort me around the hospital two to three times a day. I hated to see him coming. It took all of my strength just to get out of bed and twice as much to walk around the lobby. I was attached to chest tubes, IV’s, and oxygen. But each day I was getting stronger and stronger. I was finally discharged from the hospital after 10 days. I went home to recuperate and wait for my final stage of treatment, radiation.

It was early November when I met with the radiologist. I was told that I would need to have my chest tattooed so that they would know where to position the machine to administer the radiation. I had this done the very next day. They made three tiny dots starting in the center of my chest, another just above the first, and one just below my collarbone. As my treatments progressed, I experienced complete exhaustion and my breathing felt compromised, somewhat like having pneumonia. My days were filled with nothing more than sleep and radiation therapy, but I managed to make it through my 25 sessions.

As I am closing in on my 17th anniversary, I see that there were many angels along my cancer journey, and I would not have been able to succeed without them. I also learned that this disease is not just about the patient but all of their loved ones, friends, and coworkers who surround them. This disease touches each and every one of us.

I continue to be monitored with CT scans. This will be a lifelong journey. I have problems breathing from time to time and use an inhaler daily to help me breathe. My experience with this disease has given me the passion and determination to make a difference in the lives of those struggling with this disease, their families and friends.

No one should fight this disease alone. My Foundation, Free ME from Lung Cancer, helps raise much- needed money for lung cancer research, education, and community support. Raising awareness and warding off that ugly question, “Did you smoke?” is forever a monumental task.

No one deserves lung cancer. All deserve our compassion and support. We all know now through research that anyone can get lung cancer. It is not limited to smoking and that smoking is a risk factor for multiple cancers. We have come a long way but still have mountains to climb in order to eradicate lung cancer in our lifetime.