Treatment with chemotherapy, including taxane-based chemotherapies, in the adjuvant setting did not yield significant differences in breast-cancer related lymphedema risk. 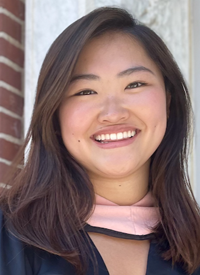 Adjuvant chemotherapy, including taxane-based chemotherapy, was not associated with a significant increase in risk of breast-cancer related lymphedema (BCRL), according to a poster presentation from the 2022 San Antonio Breast Cancer Symposium.1

At a median follow-up of 58 months, a total of 141 patients (8%) out of an evaluable 1759 developed BCRL. The median time between surgery and BRCL development was 21 months. Factors determined to contribute to a significant increase in BCRL risk were age (65 years or older at the time of diagnosis; P < .001) and having a body mass index (BMI) equal to or greater than 30 (P = .005).

Axillary lymph node dissection (ALND) with or without regional lymph node radiation (RLNR) was found to yield a significant increase in risk of BCRL compared with no nodal surgery (P < .001).

“[These] findings will improve patient education on BCRL risk for those receiving adjuvant chemotherapy, specifically for taxane-based chemotherapy,” Amanda W. Jung, MPH, of the Lymphedema Research Program in the Department of Radiation Oncology at Massachusetts General Hospital, and coinvestigators, wrote in the poster.

The study screened patients being treated for breast cancer using perometry to measure their overall limb volume at a preoperative baseline.1,2 Patients needed to have had their arm measurements obtained at diagnosis of metastatic disease and before their bilateral breast cancer surgery. If obtained later than these time points, they could not be included. In addition, patients who had received neoadjuvant chemotherapy were not included.1

Investigators defined BCRL as a relative volume change of 10% or greater between their measurements before surgery and their measurement 3 months following surgery. A cox regression model was used to estimate adjusted hazard ratios. Findings were adjusted for baseline BMI, ALND, RLNR, age at time of diagnosis, and smoking history.