The FDA has granted priority review to the new drug application for the HIF-2α inhibitor belzutifan for the potential treatment of patients with von Hippel-Lindau–associated renal cell carcinoma that does not require immediate surgery.

The FDA has granted priority review to the new drug application for the HIF-2α inhibitor belzutifan (MK-6482) for the potential treatment of patients with von Hippel-Lindau (VHL)–associated renal cell carcinoma (RCC) that does not require immediate surgery.1

Under the Prescription Drug User Fee Act, the FDA is slated to make a decision on the application by September 15, 2021.

“VHL disease is a rare genetic condition for which there is no systemic treatment option available and is associated with a high risk of cancer development in multiple organs. In fact, up to 70% of patients with VHL develop RCC during their lifetime,” Scot W. Ebbinghaus, MD, vice president of clinical research at Merck Research Laboratories, stated in a press release. “This priority review validates the important progress we have made to expand and diversify Merck’s oncology pipeline with innovative, new therapeutic approaches. We look forward to working closely with the FDA to bring belzutifan to patients in need.”

A rare autosomal dominant hereditary disorder caused by germline pathogenic variants of the VHL gene, VHL disease is linked with benign and malignant tumors such as clear cell RCC, pancreatic neuroendocrine tumors, central nervous system (CNS) hemangioblastomas, and retinal lesions.2 The majority, or 70%, of those with this disease will go on to develop clear cell RCC.

In the open-label, single-arm phase 2 trial, investigators set out to examine belzutifan as a potential option for patients with VHL disease–associated RCC. To be eligible for enrollment, patients had to have at least 1 measurable tumor and an ECOG performance status of 0 or 1. Patients could not have previously received systemic therapy, nor could they have metastatic disease.

A total of 61 patients were enrolled to the trial. Participants received oral belzutifan at a once-daily dose of 120 mg until either progressive disease or intolerable toxicity. The primary end point of the trial was ORR in this patient population per RECIST v1.1 criteria and independent review committee. Key secondary end points included disease control rate, duration of response, duration of response (DOR), time to response (TTR), progression-free survival (PFS), time to surgery, and safety in RCC tumors.

The median age of study participants was 41 years, 52.5% were male, and the majority (82.0%) had an ECOG performance status of 0. The median number of prior surgeries received per patient was 4. All patients had pancreatic lesions, 82.0% had CNS hemangioblastoma, and 26.2% had retinal lesions.

Additional results from the trial presented during the 2021 Genitourinary Cancers Symposium showed that 36.1% of patients experienced a partial response to belzutifan, 62.3% had stable disease, and 1.6% of patients were not evaluable. The median TTR was 31.1 weeks (range, 11.6-61.0) and. the median DOR had not yet been reached (range, 11.9-62.3).

Moreover, 91.8% of patients (n = 56/61) experienced a reduction in the size of their target clear cell RCC lesions with the HIF-2α inhibitor.

The agent is also under exploration in phase 3 trials as a single agent and as part of a combination in previously treated patients, as well as in a combination being examined in the frontline treatment of patients with advanced clear cell RCC.

Previously, in June 2020, the FDA granted a breakthrough therapy designation to belzutifan for the treatment of patients with VHL disease–associated RCC who have nonmetastatic tumors of less than 3 centimeters, unless immediate surgery is required.

This article was originally published on OncLive as, "FDA Grants Priority Review to Belzutifan for VHL Disease–Associated RCC." 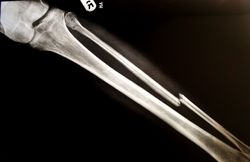