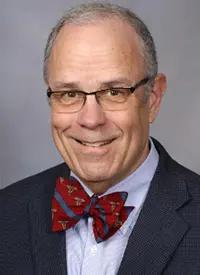 Patients with newly diagnosed minimal residual disease (MRD)-negative B-cell acute lymphoblastic leukemia (ALL) experienced a 58% reduction in the risk of death when treated with blinatumomab (Blincyto) compared with standard consolidation chemotherapy alone, according to phase 3 findings of the phase 3 ECOG-ACRIN E1910 trial.

“This trial, E1910, showed for the first time, an OS advantage for adult patients with MRD-negative BCR-ABL–negative B-lineage acute lymphoblastic leukemia who receive blinatumomab combined with chemotherapy,” lead study author Mark R. Litzow, MD, a professor of medicine in the Division of Hematology at Mayo Clinic, said in a press briefing during the meeting. “We feel that this represented a new standard of care for this group of patients and should be incorporated into their standard therapy.”

Blinatumomab is a bispecific T-cell engager antibody that is designed to direct cytotoxic T cells to CD19-expressing cancer cells. The agent is currently approved for use in adult and pediatric patients with B-cell precursor ALL who are in remission but still have MRD, as well as in adult and pediatric patients with relapsed/refractory B-cell precursor ALL.

The standard induction chemotherapy regimen consisted of a BFM-type induction regimen that was modified from the E2993/UKALLXII trial, and then intensification therapy comprised high-dose methotrexate and pegaspargase.

Patients, who were aged between 30 and 70 years and had newly diagnosed, BCR-ABL1–negative, B-lineage ALL, were also tested for MRD via 6-color flow cytometry at the time of randomization, Litzow added. MRD negativity was defined as less than or equal to 0.01%.

The primary end point was OS, which was measured from the time of randomization to blinatumomab or chemotherapy. Twenty-two patients in each arm proceeded to allogeneic hematopoietic stem cell transplant. The median age was 51 years (range, 30-70). The complete response (CR)/CR with incomplete count recovery (CRi) to induction chemotherapy was 81%; the CR rate was 75% and the CRi rate was 6%. Eighty percent of patients received 2 or more cycles of blinatumomab.

In September 2022, the ECOG-ACRIN Data Safety Monitoring Committee recommended that the study findings be released in favor of the efficacy in MRD-negative patients.