Buddy System: Why Dyadic Exercise May Make Sense for Survivors and Caregivers, Too

Oncology nurses receive a steady stream of information on the benefits of exercise for health and wellness&mdash;not just a way to help prevent cancer and lower risk for the general population, but to improve quality of life and reduce the risk of recurrence for patients and survivors.

Oncology nurses receive a steady stream of information on the benefits of exercise for health and wellness—not just a way to help prevent cancer and lower risk for the general population, but to improve quality of life and reduce the risk of recurrence for patients and survivors.

Not surprisingly, the role of exercise during cancer treatment and survivorship was highlighted in studies featured at the recent 2016 ASCO Annual Meeting, and one study raised this intriguing question:

Can exercising with another person (dyadic exercise) promote adherence to an exercise program for survivors and the caregivers who exercise with them?

Charles S. Kamen, PhD, is the lead author on this study which involved heterosexual and lesbian, gay, bisexual, and transgender (LGBT) survivors and their caregivers who participated in a 6-week program of walking and engaging in gentle training with resistance bands at home. Kamen, an assistant professor in the Cancer Control unit in the Department of Surgery at the University of Rochester Medical Center, talked with Oncology Nursing News at the recent ASCO meeting about his study and plans for future research.

Could you give me some background about this study?

It's been a winding journey. I'm a clinical psychologist by training, and my research has been focused on couples broadly, but I have a specific interest in same-sex couples.

My basic hypothesis is that, although some people like it, exercise is tough. When you tell people to exercise more, it's tough, but having someone else to do it with you makes the whole process more palatable. By having two people exercise together, I'm hoping to increase adherence to the exercise prescription. This is particularly important to LGBT survivors' caregivers, because they often are not acknowledged in oncology care—typical questions are: "Is this your brother or sister? Is this a friend?" The immediate assumption isn't that the person is a partner.

What have you found so far?

In the pilot study, I collected data from 10 LGBT survivors and their caregivers and 10 heterosexual survivors and their caregivers. This was a very small study—there are no real conclusions we can draw from this. It looks like, though, compared with survivor-only exercise, exercising with a partner did significantly reduce reports of depression over the course of 6 weeks. This was true for survivors, but not caregivers. Caregivers were pretty much a flat line.

I thought the most important finding was that at baseline, LGBT survivors had a higher rate of depression than heterosexual survivors. After the 6-week intervention, whether they exercised with a partner or not, their depression decreased and there was no difference between LGBT and heterosexual survivors post intervention. This indicates to me that exercise may be a viable strategy for reducing health disparities for LGBT survivors.

What have you heard from some of the survivors on your first pilot study?

I've heard a lot of different things. Even in a trial like this, adherence to exercise is a problem—I hear from people that it's hard to work exercise into their daily routine.

I've heard some nice things about the dyadic component of my study, too. A male survivor told me that his partner is really bossy and will tell him what to do, but when they were exercising together, it was more like his partner and caregiver was coaching him — it was reinforcing. I heard from another same-sex couple who had been together for 35 years and it wasn't until one partner was diagnosed with cancer that they decided to get married and legalize their relationship. I think that reinforces how important it is that there is legal recognition of same-sex relationships because it covers so many parts of life, up to and including a cancer diagnosis.

What about the effect of this exercise on the caregiver? Do you collect data on that?

Yes, I collected data from both the caregiver and the survivor. In the pilot study, the rate of depression was very low, so we didn't see much change. Dyadic exercise, though, makes the caregiver feel like they're part of the process and actually doing something, as opposed to just driving the patient to an oncology visit or sitting in the waiting room.

And it's a shared experience. It's shared from both sides. I've talked to survivors who are really concerned about their caregivers—even patients with stage IV disease—who said, "I'm not worried about me, I've made my peace with the illness. I'm worried about my husband and my children." The caregiver, then, may say that of course they're worried about their partner because the partner is going through a terrible process.

If you look at the literature, there aren't many interventions that focus on both the survivor and the caregiver. My hope is that we can create a shared experience and make it active so they can take it home and do it every day if they want. There's no real disadvantage to walking every day and, in fact, you probably should. 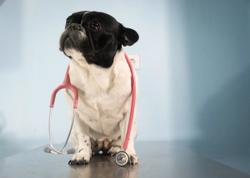 Pet Therapy Touches Lives Beyond Patients With Cancer, Including Caregivers and Providers 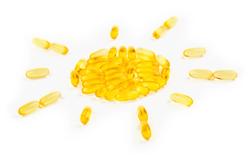 Vitamin D Intake May Be Protective Against Early-Onset Colorectal Cancer 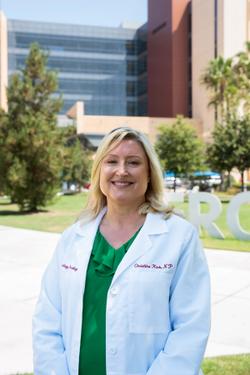