Patients with breast cancer may be at risk for more intense cognitive impairment following treatment with chemotherapy plus endocrine therapy. 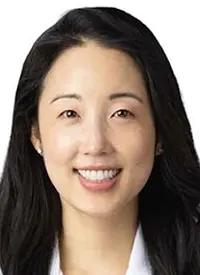 Regardless of menopause status, women with breast cancer who receive chemotherapy followed by endocrine therapy may be at a greater risk of cancer-related cognitive impairment than those receiving endocrine therapy alone, according to patients-reported outcomes (PROs) from the RxPONDER PRO substudy.

Findings were presented at the 2022 San Antonio Breast Cancer Symposium.

“Cancer-related cognitive impairment seems to persist over time in a significant proportion of patients,” said Irene Kang, MD, medical director of women’s health breast oncology at City of Hope Orange County in Irvine, California, during the presentation of the data.

In the substudy, patients completed an 8-item questionnaire on a 5-point Likert scale assessing cognitive function at baseline, 6 months, 12 months, and 36 months.

Scores indicating perceived cognitive function concerns were similar between both treatment groups at baseline. In patients assigned endocrine therapy alone, these scores decreased from baseline to 6 months and 12 months but recovered to baseline at 36 months, according to the abstract. In contrast, patients assigned chemotherapy and endocrine therapy also had the same decrease at 6 months and 12 months, although their scores did not return to baseline at 36 months.

During the presentation, Kang noted that these results differ from the findings of a similar trial, TAILORx, which used a different cognitive function scale. Results from that trial demonstrated that the differences in cancer-related cognitive impairment between chemotherapy followed by endocrine therapy and endocrine therapy alone “vanished” at 12-month follow-up, she said.