A total of 7.4% of patients received a secondary or downstream procedure within the 12 months following their lung cancer screening.

Adults whose insurance covers lung cancer screenings were more likely to receive invasive screening procedures than patients in clinical trials, according to a study published in the Journal of American Radiology. However, the out-of-pocket costs associated with downstream procedures may discourage adults with abnormal results to pursue their follow-up tests.

“[Out-of-pocket] costs associated with follow-up testing represents an underdiscussed risk, and the SDM should include patient financial consequences,” explained Tina D. Tailor, MD, Duke University Medical Center, Department of Radiology, and colleagues, in the study. “Given the existing disparities in lung cancer incidence and outcomes which cause disproportionate burden to vulnerable populations, failure to comprehensively address costs associated with [lung cancer screening] may disincentivize or discourage screening and/or necessary follow-up testing for certain populations. This may inadvertently widen existing lung cancer disparities.”

In 2010, the Patient Protection and Affordable Care Act (PPACA) was enacted. This requires non-grandfathered private and commercial insurers to cover USPSTF Grade A and B recommendations without cost-sharing. In addition, Medicare and most state Medicaid programs cover annual lung cancer screening with LDCT. Consequently, there has been a steady uptake in screening utilization since 2013.

In this study, researchers retrospectively analyzed data collected from patients between the ages of 55 and 79 who received screening between 2015 and 2017, noting the types and frequencies of downstream invasive procedures. Researchers then determined total costs per-episode (defined as a lung cancer screening exam and downstream procedure) and out-of-pocket costs using linear and logistic regression. Findings did not reveal an association between downstream procedures and race/ethnicity, poverty level, geographic division, or health plan type.

The out-of-pocket cost increased with each downstream procedure. The cost for these procedures managed between $0 and $342.05 with a median cost of $50.79. Of the 466 patients who received at least 1 follow-up procedure, 61% experienced an out-of-pocket cost.

Patients who received a lung cancer diagnosis at their consequent procedure paid an average of $332.24 and out-of-pocket costs for patients in this population ranged between $0 and $1,341.52. Those who did not pursue a downstream procedure after their screening did not experience out-of-pocket costs.

“Even a small [out-of-pocket] cost can induce burden among the financially fragile, such as those living at or below the federal poverty level, necessitating trade-offs between paying their cost share and other household or health expenses,” the study authors concluded. “Innovative insurance design needs to align insurance premiums or an [out-of-pocket] bundle covering the entire [lung cancer screening] episode to decrease the financial burden across the population of [lung cancer screening]-eligible individuals.”

Study authors acknowledged was limited by patients being required to have at least 12 months of continuous insurance coverage in 1 plan to be included. Consequently, patients switching insurances or who became uninsured during the study period were not included and therefore the procedural rates and costs may be underrepresented. Furthermore, the majority of included patients had POS health plans and the findings therefore may not be generalizable to other health plan types. Finally, costs did not consider procedure related complications. Further research should seek to address these factors to better assess the screening-related costs and expenditures. 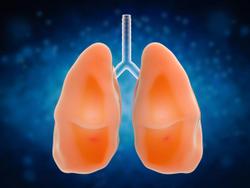 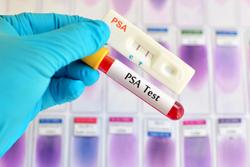