Less than 50% of patients with ovarian cancer who could benefit from intraperitoneal chemotherapy actually receive it, despite research suggesting that this technique could improve survival for these patients. 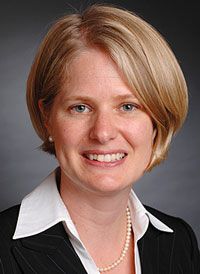 Less than 50% of patients with ovarian cancer who could benefit from intraperitoneal (IP) chemotherapy actually receive it, despite research published nearly a decade ago suggesting that this technique for delivering chemotherapy directly into the abdomen could improve survival by ≥16 months for these patients.

The study, published online in the Journal of Clinical Oncology, explored whether a dual technique combining IP and IV chemotherapy performed as well in clinical practice as it did in randomized trials leading up to the National Cancer Institute’s 2006 clinical announcement encouraging IP/IV use in women with optimally resected stage III ovarian cancer.

For their study, researchers at the Dana-Farber Cancer Institute/Brigham and Women’s Cancer Center in Boston examined IP/IV chemotherapy use among 823 eligible women with stage III ovarian cancer treated between 2003 and 2012. They found an overall survival of 81% among women treated with the dual approach 3 years after receiving the therapy, compared with 71% for those treated with IV chemotherapy alone.

Nevertheless, the new study uncovered wide discrepancies in the use of IP/IV chemotherapy among the six National Comprehensive Cancer Network (NCCN) institutions whose patients were tracked.

“This is the first study to show that IP/IV chemotherapy improves survival in the real world, outside of a clinical trial,” said the study’s first author Alexi Wright, MD, MPH, of the Susan F. Smith Center for Women’s Cancers at Dana-Farber Cancer Institute, in a statement. “Unfortunately, fewer than half of women who qualify for IP/IV chemotherapy received the treatment. This suggests that increasing access to IP/IV chemotherapy may improve ovarian cancer patients’ survival.”

Anemia rates were higher with IP/IV than with IV alone, 10.9% versus 5.0%, respectively, the researchers reported, and hospitalizations were also higher in the dual-approach group (14.4%) compared with the 10.0% in the IV-only group.

“Use of the technique may be influenced by clinical practice leaders’ enthusiasm for intraperitoneal delivery,” Wright continued. Although women treated with IP/IV chemotherapy were more likely to switch chemotherapy routes because of treatment-related toxicities, the research team found that adjuvant chemotherapy treatment completion rates were comparable with the dual approach and IV chemotherapy—89% and 91%, respectively.

“The procedure is not used very much, even though it has shown to improve survival … it takes more time, more effort, [physicians] don’t get paid for that time and effort, and the strategy overall has more adverse effects than giving the drug intravenously,” noted Maurie Markman, MD, national director of Cancer Treatment Centers of America, in an interview.