Drug Duo Is Promising in Older Patients With Advanced HCC

The combination of atezolizumab (Tecentriq) and bevacizumab (Avastin) demonstrated comparable clinical activity and safety versus sorafenib (Nexavar) in older and younger patients with previously untreated, unresectable hepatocellular carcinoma (HCC), according to findings from exploratory subgroup analyses of the phase 3 IMbrave150 trial that were presented at the 2020 World Congress on Gastrointestinal Cancer.1

“The results support the use of atezolizumab and bevacizumab as a practice-changing treatment even amongst older adults with unresectable HCC who have not received prior systemic treatment,” Daneng Li, MD, an assistant clinical professor in the Department of Medical Oncology and Therapeutics Research at City of Hope, said in a presentation during the Congress.

IMbrave150 is the first randomized phase 3 trial in over a decade to demonstrate a statistically significant and clinically meaningful improvement in OS versus sorafenib in previously untreated patients with unresectable HCC, Li explained.

In the trial, patients were randomized 2:1 to 1200 mg of intravenous atezolizumab plus 15 mg/kg of bevacizumab every 3 weeks versus 400 mg of sorafenib twice daily. Treatment was administered until loss of clinical benefit or unacceptable toxicity.

Findings from the trial served as the basis for the May 2020 FDA approval of the combination for the treatment of patients with unresectable or metastatic HCC who have not received prior systemic therapy.2

Baseline characteristics were generally well balanced between arms within each age group. A total of 50% of all patients were older and had a median age of 71 (range, 65-88). The older cohort had a greater proportion of female patients from the rest of the world, and with non-viral etiology as cause of their HCC compared with the younger cohort.

Forty-six perfect and 28% of patients, younger than 65 years and 65 years and older, respectively, who received the combination had an alpha-fetoprotein (AFP) level that was greater than or equal to 400 ng/mL. Additionally, a majority of older patients had extrahepatic spread (57%) and/or macrovascular invasion (31%), although the latter was lower compared with younger patients at 69% and 45%, respectively.

Older patients had a higher incidence of comorbid medical conditions, including hypertension, diabetes, constipation, gastroesophageal reflux disease, benign prostatic hyperplasia, and hyperlipidemia. Investigators found a lower incidence of hepatitis B and hepatic cirrhosis among older patients despite a similar frequency of esophageal varices across the 2 age groups.

Regarding concomitant medications, older patients used antihypertensive agents more commonly than younger patients, which is consistent with the overall comorbid index of this population.

The median treatment duration was 7.5 months in older patients and 6.75 months in younger patients. In general, the frequency and severity of adverse events (AEs) were similar between the 2 age groups and consistent with the known safety profiles of atezolizumab and bevacizumab. Notably, no additional risks or toxicities were reported in older patients.

The most common all-grade AEs in older patients were hypertension (32%), fatigue (27%), and diarrhea (22%) versus hypertension (27%), proteinuria (23%), and aspartate aminotransferase increase (23%) in younger patients.

AEs leading to withdrawal from the combination occurred in 9% of older patients and 5% of younger patients. AEs leading to dose interruptions were reported in 55% and 44% of patients, respectively.

“It is especially noteworthy to see the benefit in favor of the combination treatment among older adults despite these patients having more comorbid medical conditions at baseline,” said Li.

An analysis of PROs indicated that the combination also lengthened the time to deterioration of physical and role functioning, QoL, abdominal swelling, appetite loss, diarrhea, fatigue, jaundice, nutrition, and pain in both age groups.

2. FDA approves Genentech’s Tecentriq in combination with Avastin for people with the most common form of liver cancer [news release]. Published May 29, 2020. https://bit.ly/2Aneztc. Accessed June 30, 2020.

This article was originally published on OncLive as, "Atezolizumab/Bevacizumab Shows Comparable Activity in Older Patients With Advanced HCC." 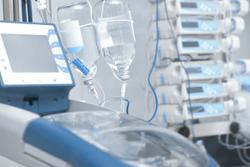