E-cigarettes May Be Gateway for Tobacco Use Among Teens

Teenagers who use electronic cigarettes by the time that they start high school are more likely to start smoking conventional cigarettes and develop a nicotine addiction within the next year. 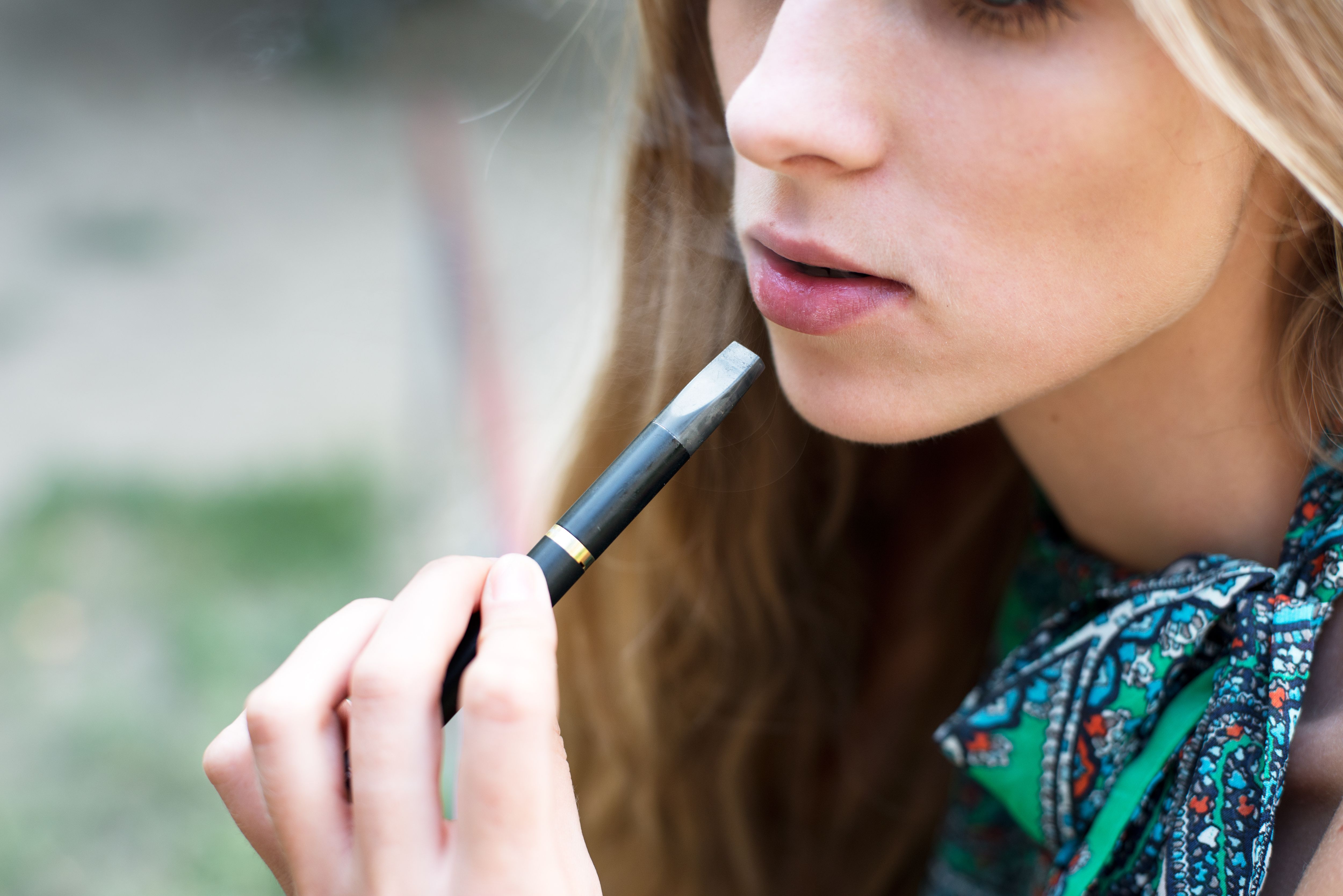 Teenagers who use electronic cigarettes by the time that they start high school are more likely to start smoking conventional cigarettes and develop a nicotine addiction within the next year. Researchers from the National Institutes of Health compared tobacco use initiation by students at the start of ninth grade: 222 students had used e-cigarettes but no other combustible tobacco products, and 2308 had used neither.

E-cigarettes deliver nicotine to the lungs by heating a liquid solution that contains nicotine and other chemicals to produce an aerosol that the user inhales, a process often called “vaping.” Among the public health concerns surrounding e-cigarettes are renormalizing cigarettes in banned areas, their potential to appeal to nonsmokers—adolescents in particular&mdash;and the possible health risks associated with inhaling nicotine and other chemicals.

“Recreational e-cigarette use is becoming increasingly popular among teens who have never smoked tobacco,” said Adam M. Leventhal, PhD, the study’s first author, in a statement.

“Adolescents who enjoy the experience of inhaling nicotine via e-cigarettes could be more apt to experiment with other nicotine products, including smokeable tobacco,” added Leventhal, who is an associate professor and director of the Health, Emotion & Addiction Laboratory at the Keck School of Medicine, University of Southern California, Los Angeles.

Data for the study were collected as part of a longitudinal survey of substance use and mental health among high school students in Los Angeles from 2013 to 2014. The study surveyed students from 10 public high schools selected because of their diverse demographic characteristics and proximity. The analysis focused on 2530 students who initially reported never using combustible tobacco and underwent follow-up assessments after 6 and 12 months. Students were asked about lifetime and past 6-month use of e-cigarettes, combustible cigarettes, full-size cigars, little cigars/cigarillos, hookah water pipes, and blunts.

“While we cannot conclude that e-cigarette use directly leads to smoking, this research raises concerns that recent increases in youth e-cigarette use could ultimately perpetuate the epidemic of smoking-related illness,” Leventhal said.

The authors recommend further studies to determine whether the observed link between e-cigarettes and smoking initiation is causal. In addition, the study focused solely on smoking initiation, and further research is needed to assess whether e-cigarette use is associated with an increased risk of ongoing, frequent combustible tobacco use.

“While teen tobacco use has fallen in recent years, this study confirms that we should continue to vigilantly watch teen smoking patterns,” said National Institute on Drug Abuse Director Nora D. Volkow, MD, in a statement. “Parents and teens should recognize that although e-cigarettes might not have the same carcinogenic effects of regular cigarettes, they do carry a risk of addiction.”