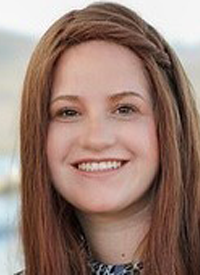 An evidence based-practice project successfully increased the number of pediatric patients who received and maintained enteral nutrition (EN) when they underwent hematopoietic stem cell transplantation (HSCT), according to a study published in the Clinical Journal of Oncology Nursing. However, the number of patients requiring parenteral nutrition (PN) did not decrease and limitations with placing and maintain the nasojejunal tube (NJT) still represent a challenge.

Following the implementation of an evidence-based standardized EN pathways, a larger proportion of patients received EN feeds (18 vs 12; P = .0136). In addition, the average length of time that patients were able to receive EN feeds increased (8.3 vs 5.3 days; P = .073). These findings were clinically, but not statistically, significant. A total of 15 patients required EN and PN, and the same number of patients required PN in both the pre- and post-implementation setting (n = 18). The implementation did not yield a significant difference in the average number of days spent on PN (13.2 vs 14.5 days; P = .764).

In addition, all patients who were able to be discharged (n = 22) demonstrated oral consumption capabilities by the day of their discharge—some patients were able to orally consume all their daily calories by discharge. Patients did not experience significant deviations in weight between time of HSCT or their day of discharge (P = .455)

“An EN pathway, which includes collaboration between nurses, nutritionists, and the medical team, can support a standardized approach to EN for patients undergoing HSCT,” wrote Temima Oratz, BSN, RN, CPHON®, EBP-C, a clinical nurse at the Aflac Cancer and Blood Disorders Center at Children’s Healthcare of Atlanta, and coinvestigators. “The feasibility of administering EN via NJT is limited because of challenges maintaining the tube [and] future strategies to improve feasibility may include comfort measures, administration of metoclopramide, and the use of nasal bridles.”

According to study authors, many patients undergoing HSCT experience nausea, vomiting, decreased appetite, diarrhea, mucositis, pain, food aversions, altered taste perceptions, and fatigue—all of which can lead to malnutrition. Helping patients avoid malnutrition during HSCT is important because it helps mitigate infection risks and other potential complications, which can lead to longer hospital stays, increased hospital costs, and mortality.

EN has demonstrated previous value in this this patient population; patients who receive EN prophylactically are less likely to need PN and are likely to reduce their hospital stays. However, no standardized EN approach is established in this setting.

This evidence-based practice project included patient in a pediatric inpatient HSCT unit. Patients who received reduced-toxicity busulfan dosing or who already had an EN tube at admission were not included in the practice change.

As part of the pathway project, patients who were admitted for HSCT met with an interprofessional clinical team to determine NJT placement eligibility. Within 24 hours of admission, the family would be educated on EN and NJT placement and provided with a teaching sheet. Then, either on the day of transplantation or the next, an NJT bedside placement would be attempted. The placement would be confirmed by x-ray, and enteral feeds slowly initiated, as per the nutritionist’s recommendations. If the NJT became dislodged, the replacement would hinge on the patient’s clinical state. For patients unable to replace NJT, or for patients who needed additional nutritional support, PN would be ordered.

A total of 24 patients were included in the postimplementation group, 21 of whom underwent allogeneic HSCT, 3 of whom underwent autologous HSCT. Thirteen patients were male, 15 had an oncologic diagnosis, and the average patient age was 6.71 years. There were no significant differences in gender, age, diagnosis, or transplantation type between groups. Seventeen patients had a transpyloric distal location for their EN tube and 4 patients’ tubes’ distal locations were in the stomach. Eight patients received multiple x-rays to monitor the NJT placement, and 5 received metoclopramide (Reglan) to prompt gut motility and EN tube advancement.

Prior to receiving an x-ray, 3 patients experienced tube dislodgement, and 9 had to undergo more than one attempt to place the NJT tube. Every patient experiment at least incidence of tube dislodgment during their admission. The most common reasons for dislodgement included vomiting and accidental dislodgement.

Investigators noted that although the EN pathway was safe, finding ways to standardize tube implementation will be a key aspect of making the experience more comfortable for patient and families—and ideally improving the successes rates of EN. The standard administration of metoclopramide, and the use of nasal bridles, presents a potential opportunity to increase comfort with EN placement, along with oxymetazoline nasal spray and lidocaine gel, although none of these measures were consistently used throughout this practice changes.