Deborah K. Mayer discusses the future of survivorship care for patients with cancer.

Deborah K. Mayer, PhD, ANP-BC, recalls the breast cancer patient she counseled about treatment options. “She wanted to know which treatment, a mastectomy or lumpectomy and radiation, would keep her away from home the least amount of time since her husband was on hospice, dying of lung cancer.” Mayer shared with her that the mastectomy would be less time since the daily radiation treatments would require travel and treatment time each day. This is a snapshot of patient-centered care, Mayer says.

Mayer, the Director of Cancer Survivorship for the University of North Carolina Lineberger Comprehensive Cancer Center, also serves as the 2017 chair of ASCO’s Survivorship Committee. At this weekend’s meeting, she has focused on the importance of the survivorship care plan, as well as the role of the primary care provider (PCP) in follow-up care.

Mayer says that providing the SCP at the end of treatment is insufficient, and that it should be provided as a treatment plan at diagnosis and then filled out as the treatment progresses. She also recognizes that this is probably a pointless fight since getting the plan introduced at the end of treatment has been hard enough. She presently estimates that somewhere around 70% of patients don’t receive a care plan and in too many cases when they do, it’s a piece of paper with little meaning because there was little discussion.

When they sit down with the nurse or oncologist, it is a time to review questions and concerns that may not have been raised during treatment.

“In one instance I had a patient who had numerous side effects that affected her treatment. Peripheral neuropathy and fatigue, both of which she understood were connected to treatment, but she didn’t know whether she could expect the side effects to resolve on their own and if so, how long it would take.” Mayer also says that the discussion helps to normalize what recovery looks like and help them process what they had been through psychologically, which could take a year to resolve.

For follow up, Mayer says the cancer community is struggling with the roles in follow up for the oncologist and PCP. “We have created a dynamic where the patient wants to be followed by the oncologist; it’s good for provider and patient to have a close connection, but it isn’t sufficient,” Mayer says.

In addition to leaving out the PCP, it can create distrust, which makes it harder for the patient to return for continuation of care in areas not related to cancer, Mayer says. It is important not to diminish the role of the PCP or to think the oncologist is the only one who can do follow up.

We sit in our own camps and that is not acceptable. It should be that patients are told by their oncologist that they need to go to their PCP for primary care throughout cancer care.

Patients have multiple comorbid conditions and we are not managing them during treatment.

Depending on the cancer and the care needed, the transition may be longer or shorter. but there needs to be a gradual transition from oncologist to primary care.

“We need to improve cancer care to add survivorship,” Mayer says. “And we can’t wait the decades that it usually takes to get this right. We need to be aware that we are delivering care to the best of our ability and moving the system forward. Patients don’t get 'do-overs.’ We get them with every patient we see and we need to make it better each time.” 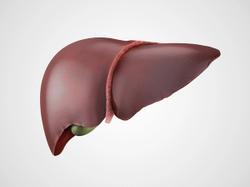