Frontline Pola-R-CHP, CAR-T Second-Line Therapy Are Not Cost-Effective Choices For Patients With DLBCL

An economic analysis showed that neither polatuzumab vedotin nor CD19-directed CAR T-cell therapy are likely to be the most cost-effective for patients with diffuse large B-cell lymphoma based on their high costs and current long-term survival estimates. 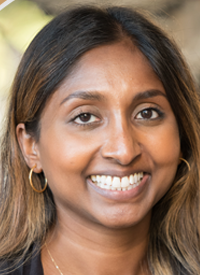 Compared with standard of care (SOC) treatment, neither pola-R-CHP (polatuzumab vedotin-piiq [Polivy] with rituximab [Rituxan], cyclophosphamide, doxorubicin, and prednisone), nor second-line CAR-T cell therapy represents the most cost-effective option for patients with diffuse large B-cell lymphoma (DLBCL) in the United States or Canada. However, both therapies have demonstrated improvements in progression-free survival (PFS) for this patient’s population, according to findings published in the Journal of Clinical Oncology.

“Although there is great excitement regarding the important PFS improvements in the frontline and second-line treatment of DLBCL reported by the POLARIX (NCT03274492), ZUMA-7 (NCT03391466), and TRANSFORM (NCT03575351) trials, this must be tempered with a realistic consideration of the costs of these therapies and their implementation,” Abi Vijenthira, MD, SM, a hematologist in the Division of Medical Oncology and Hematology at Princess Margaret Cancer Centre in Toronto, Canada, and co-investigators, wrote in the study. “On the basis of the current prices of these therapies, we found that alone or together, they were unlikely to be cost-effective from both a US and a Canadian payer perspective.”

R-CHOP [rituximab, cyclophosphamide, doxorubicin, vincristine, and prednisone] has been the SOC for DLBCL for nearly 2 decades, and autologous stem-cell transplant (ASCT) has been a SOC for relapsed disease for even longer. Recently, data from the POLARIX trial showed that pola-R-CHP yielded a super PFS benefit to R-CHOP, although a 2-year analysis did not show a survival benefit. Of note, polatuzumab vedotin is expensive: in the United States it is listed at $15,600 per 140-mg vial; representing a $93,600 price tag for a 6-cycle treatment for a 70-kg patient, which was the model used for the analysis.

Another recent development in the DLBCL space has been the recently published ZUMA-7 trial and the TRANSFORM studies, which compared axicabtagene ciloleucel (axi-cel; Yescarta) and lisocabtagene maraleucel (liso-cel; Carvykti) to salvage chemotherapy with or without ASCT for patients with primary refractory or early relapse of DLBCL within 12 months of frontline therapy. Both trials showcased significant PFS benefits for these patients; however, follow-up remains short and long-term survival is still largely undocumented. Like polatuzumab vedotin, CAR T-cell therapy comes with a significant cost. The drug costs can range from $399,000-$410,300 USD, not including additional inpatient supportive care costs.

Trial data were used to estimate transition probabilities. Investigators then calculated lifetime costs, QALYs, and ICERs from an American and Canadian payer perspective. Willingness-to-pay (WTP) thresholds were also designed for both populations. The WTP thresholds were $150,000 USD and $150,000 CAD/QALY.

Investigators then conducted a one-way sensitivity analysis comparing the first 3 strategies against the SOC. Using the range of HR reported for pola-R-CHP compared with R-CHOP in POLARIX (0.56-0.95) the therapy did not represent a cost-effective strategy even when for American patients even when maximizing for efficacy at a 4.4% improvement. The 5-year OS improvement would need to be 7.4% for this treatment to be cost-effective.

Of note, from a Canadian perspective, this strategy became cost effective if the HR was less than 0.59 translating to a 5-year OS improvement of at least 4.1% with OS rates of 78.5% vs 74.4% for the therapies, respectively.

For the CAR T-cell therapies, varying the HR across the ranges reported in the ZUMA-7 trial (0.37-0.65) did not cross the WTP for either country. This meant that even if the 5-year OS improvement for second-line CAR T-cell therapy was maximized to 7.3% for a 5-year OS rate of 47.3% vs 40.0%, second-line CAR-T cell therapy would not be cost effective over SOC in either the US or Canada. The 5-year OS improvement over SOC would need to be 9.5% or 11.3% from a US or Canadian payer perspective, respectively.

Study authors acknowledged that the model had limitations. For instance, long-term follow-up was not available for all input in the model, meaning that assumptions regarding risk of relapse and probability of cure in the frontline and relapses settings had to be made. In addition, the efficacy of second-line CAR-T has not been studied in patients exposed to polatuzumab vedotin in the frontline, and so the efficacy in this setting had to be estimated. Further, CAR T-cell therapy tends to incur additional costs with inpatient supportive care, and insurance coverage is variable, making its cost hard to estimate.

The study authors noted that despite the short follow-up data, pola-R-CHP and second-line CAR-T may hold the potential to alter the treatment landscape for patients with newly diagnosed or relapsed/refractory DLBCL. However, at a unique time where positive frontline and second-line trials have been reported in quick succession, funding decisions for 1 therapy may effect the cost-effectiveness implications of the other.

“Although many drug approvals are based on PFS and overall response rate, rather than OS, health care systems must balance costs with uncertain incremental benefit,” study authors concluded. “Expert analysis from policymakers is required to determine the appropriateness of funding these therapies.”