Understanding the genetic basis of breast and ovarian cancers is essential to providing patients with effective preventive and/or management strategies that can improve outcomes.

With the advent of more targeted approaches to cancer treatment, understanding the genetic basis of breast and ovarian cancers is essential to providing patients with effective preventive and/or management strategies that can improve outcomes. Heather Hampel, MS, CGC, a professor and certified genetic counselor at The Ohio State University Comprehensive Cancer Center in Columbus, discussed the genetic basis for breast and ovarian cancer at the NCCN annual meeting.

Approximately 5% of breast cancers are hereditary and 15% to 20% occur in family clusters, while 10% to 15% of ovarian cancers are hereditary. Heredity breast or ovarian cancer tends to occur at an earlier age and involves multiple generations with cancer or clustering of certain cancers, while sporadic cancer is likely to occur at a later age and occurs as a single or unilateral tumor and is associated with limited family history of cancer.

While all of the risk factors for BRCA1- and BRCA2-positive cancers are not well understood, individuals of Ashkenazi Jewish descent are ten times more likely to have these mutations than the general public. One in 40 Ashkenazi Jews, both male and female, carries a BRCA1 or BRCA2 mutation, while one in 400 carries the mutation in non-Jewish populations.

The cost of genetic testing for breast and ovarian cancer risk depends on the extensiveness of testing. For comprehensive testing involving both BRCA1 and BRCA2 analysis, the cost is approximately $3340; however, most insurance companies will provide coverage if the patient’s need for testing is demonstrated. Follow-up large rearrangement testing is approximately $700 and is not always covered by insurance because the risk of a major rearrangement is rare. Other types of genetic testing include singlesite analysis that costs approximately $475 and evaluates a specific gene that may be found within a family, and Multisite 3 that costs about $575 and looks at three specific mutations commonly found in Ashkenazi Jews.

One popular option for the prevention of breast cancer is prophylactic mastectomy, which removes most, but not all, breast tissue. The approach has been shown to reduce the risk of breast cancer by 90% to 95%. Another approach is prophylactic oophorectomy, which decreases the risk of ovarian cancer by 85% to 90%. It is crucial that patients are fully informed of the latest clinical information before selecting either of these options. 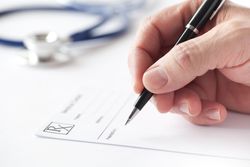 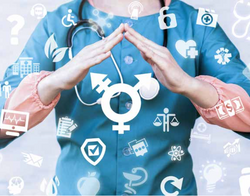