Although numerous studies have outlined the benefit of exercise to patients during and after cancer treatment, a recent survey found that most people actually see a decrease in their physical activity levels after their diagnosis.

These findings, previewed in a press cast January 23 will be presented at the 2017 Cancer Survivorship Symposium to be held January 27-28 in San Diego.

“What we haven’t known is the barriers people see when it comes to exercise. And this study helps to highlight some of those,” Sally Romero, PhD, MPH, Memorial Sloan Kettering Cancer Center, an author on the study explained.

Romero said that the objectives of this study were two-fold. One, to examine factors associated with decreased levels of physical activity following cancer diagnosis and second, to identify barriers to staying physically active.

The cross-sectional study surveyed 662 survivors who were being treated in the Philadelphia area and asked them if their activity levels were maintained, increased or decreased since their cancer diagnosis. Participants were a mean age of 60, 65% were women and 65% were overweight or obese. The majority (88%) had been treated with chemotherapy; 53% had received surgery and 53% radiotherapy.

Surprisingly to Romero, 75% reported of these survivors reported that their levels of activity decreased. The most common barriers to physical activity, according to the study, were physical symptoms such as fatigue reported by 78% of participants and pain, which was reported by 71%. Other common factors that plagued more than half of the patients involved included difficulty staying motivated (67%) and difficulty staying disciplined (65%).

“These are things that are easy to work with our patients to help them overcome those physical and psychological barriers. For example, cancer patients should work with their care teams regarding exercise to stay as physically active as possible during and after their treatment — ideally 30 minutes of moderate exercise 5 days a week,” Romero said.

Further, patients who received chemotherapy had 3.5% higher odds of seeing decreases in physical activity versus those who did not get chemotherapy, and patients with metastatic or advanced disease were 1.5% more likely to see a decrease than those with earlier stage diagnoses. The researchers found no association between an increase or decrease in activity levels based on patients’ age, sex or body mass index.

“[This study] highlights the need for our physicians not to just recommend exercise, but also to ask that next question for our patients. Mainly, ‘What is keeping you from exercising, and how can we help overcome those barriers?’” Romero said.

Researchers noted that many NCI-designated Cancer Centers offer and are expanding exercise programs tailored to the unique needs of people with cancer and survivors. In addition, Dr. Romero emphasized that as cancer care teams expand to include fitness specialists and occupational and physical therapists, patient psychological barriers could be readily addressed and an exercise plan personalized to each patient. Authors said additional research is needed to better understand how clinicians and patients can work together to maintain physical activity levels during the cancer care continuum.

“The benefits of exercise for cancer patients are generally well known, but after a cancer diagnosis there are many reasons why patients may change their levels of physical activity,” said ASCO Expert Merry Jennifer Markham, MD, moderator of today’s press cast in a statement.

“This study helps us better understand those reasons, so we can help our patients seek out opportunities for exercise that fit their lifestyle, and even prior level of physical activity. For example, patients who were runners before their diagnosis might consider taking long walks instead. It’s about tailoring the conversation and the exercise plan for each individual.” 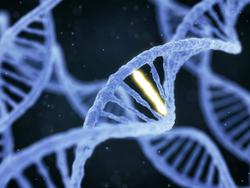 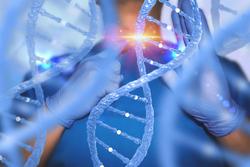