Researchers have identified three "hotspots" in the United States where progress on reducing death rates from colorectal cancer have lagged, shining a light on areas of the country where efforts to increase screening uptake and promote healthier lifestyles could make a big difference. 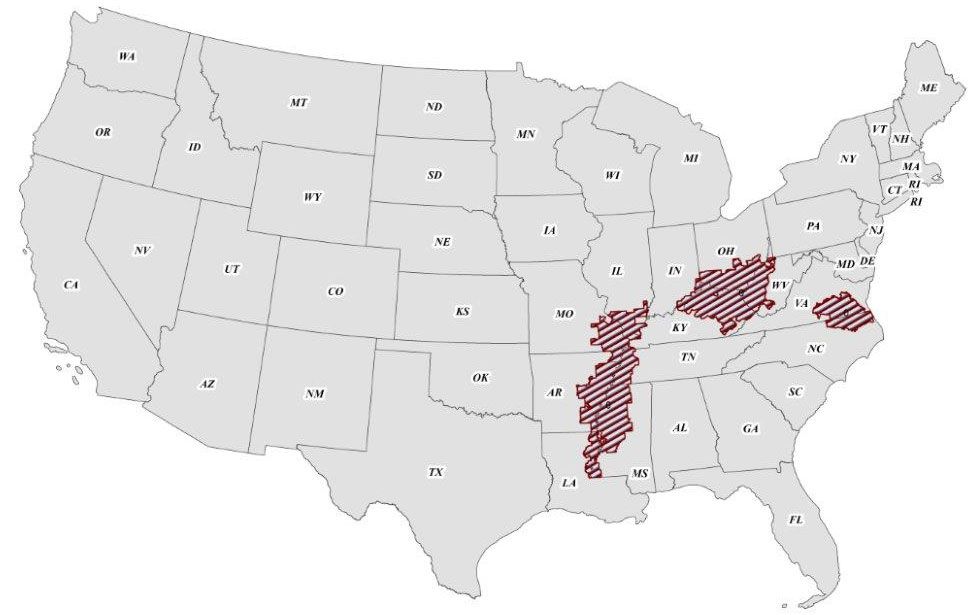 Researchers have identified three “hotspots” in the United States where progress on reducing death rates from colorectal cancer have lagged, shining a light on areas of the country where efforts to increase screening uptake and promote healthier lifestyles could make a big difference.

“Although we’ve made great strides against colorectal cancer in a fairly short time period, there are a lot of vulnerable populations that aren’t benefiting,” she continued. “Now that these groups have been identified, there is a moral obligation to do something about it.”

Siegel is the director of surveillance information in the Surveillance and Health Services Research Program at the American Cancer Society. For this study, her team analyzed data from the Surveillance, Epidemiology, and End Results (SEER) Program, which collects information on all deaths in the United States from the National Center for Health Statistics and population estimates from the Population Estimates Program of the US Census Bureau.

Socioeconomics play a large role in the development of these hotspots, the researchers noted. Both the Delta and Appalachia hotspots have been characterized by “high unemployment, low levels of education and health literacy and inadequate access to health care.”

Colorectal cancer survival rates are typically lower among low-income patients due to higher prevalence of comorbidities, more advanced disease stage, and a lower likelihood of surgery and additional treatment. The authors also indicated that the fact that as of March 2015, only 6 of the 12 states with higher-risk counties have taken advantage of Affordable Care Act funding, could play a role in limiting access to care.

Overall health greatly impacts the risk of developing and dying from colorectal cancer. Obesity is correlated with an increased risk of colorectal cancer by twofold in men and 50% in women. With the exception of Virginia, all of the hotspots are in the upper quartile of adult obesity prevalence.

Anecdotally, the highest obesity rates in Mississippi are concentrated in the Delta region. Study authors also noted that individuals in Mississippi and West Virginia are least likely to take part in leisure-time physical activity, which has been shown to be beneficial in protecting against colorectal cancer.

Colorectal cancer screening is effective in reducing the risk of death—by means of removing precancerous lesions and detecting disease at an early and more treatable stage. Though screening rates have been increasing in the U.S. since 1987, the authors wrote, “uptake has not been equally distributed and disparities by race, ethnicity and socioeconomic status remain.”

Though preventing colorectal cancer with lifestyle changes is preferred, the authors wrote, such changes could take generations to benefit an entire population.

Screening, conversely, has been shown to reduce and cut out disparities in a short amount of time.

“Targeted interventions, like using people within the community to talk to their neighbors about screening, are likely to be effective,” said Siegel. “We know interventions work because we have an example in Delaware, where they implemented statewide colorectal cancer screening and effectively eliminated disparities in less than a decade.”

Siegel explained that while over the past few decades the US colorectal cancer death rate declined by half, progress has not been equivalent in all states, and large differences exist among states, which she and her colleagues identified in a previous study. For this study, the researchers gathered and analyzed data at a more granular level because targeted interventions are often more feasible on a smaller scale, she said.

In this region, colorectal cancer death rates were 18% lower compared with non-hotspots from 1970-1972 but were 40% higher than non-hotspots from 2009-2011. This crossover occurred around 1990 for both blacks and whites. The race-specific disparity in 2011 was not as pronounced for whites compared with blacks, the study authors wrote, but the difference was not statistically significant.

The second hotspot, the west central region of Appalachia, had a population of 6.2 million across 107 counties in 2011. The area spreads across sections of Indiana (6 counties), Kentucky (60), Ohio (22) and West Virginia (19).

Unlike the Delta region, this region had colorectal cancer death rates higher than national rates in the 1970s—a disparity that widened through the 1980s, 1990s and 2000s. Study authors noted this region was 89% white from 2009-2011.

The third hotspot consisted of 11 counties in northeastern North Carolina and 26 counties in southeastern Virginia. Its colorectal cancer death rate pattern and racial distribution were similar to that of the Delta, according to the study.

Siegel RL, Sahar L, Robbins A, Jemal A. Where can colorectal cancer screening interventions have the most impact [published online ahead of print July 8, 2015] Cancer Epidemiol Biomarkers Prev.