Immunotherapy agents are drastically changing the treatment landscape – and outcomes – of patients with head and neck cancers.

A tumor that disappears with treatment has been far from the typical scenario in metastatic head and neck cancer. But now that two novel immunotherapies have been approved to treat advanced cases of the disease, such outcomes do happen.

That’s why the fall 2016 regulatory approvals of the checkpoint inhibitors nivolumab (Opdivo) and pembrolizumab (Keytruda) are sparking new hope for patients with progressing disease. In the future, the drugs might even be used earlier in treatment, in combination with radiation and/or chemotherapy, to help some patients avoid potentially disfiguring surgery.

Nivolumab and pembrolizumab, which have been approved by the FDA for the treatment of a variety of cancers, including melanoma and lung, now have the green light in head and neck cancer for use after treatment with surgery, radiation, and/or chemotherapy. These agents target the PD-1/PD-L1 cell signaling pathways, which are involved in keeping the immune system under control so that it doesn’t attack healthy tissue. Checkpoint inhibitors take the brakes off the immune system, helping it to recognize cancer and move into high gear to fight the disease.

“I give both of these drugs in my clinic, and I have personal experience with some rather remarkable responses or shrinking of tumors from these drugs,” said Michael Gibson, MD, PhD, of the University Hospitals Seidman Cancer Center, in a recent interview. “What may separate them from standard chemotherapy is that you can get a tumor which disappears, and it can be a durable disappearance, which is very new to the paradigm of treating metastatic head and neck cancer.”

But there’s still a lot of work to be done in defining the ultimate role of these drugs in the treatment continuum and how they can help the widest array of patients with the disease, cautioned Gibson, medical director of the Head and Neck Team at Seidman and associate professor of the Case Western Reserve University School of Medicine.

In the phase III clinical trials that led to the approvals of the drugs in certain patients with squamous cell carcinoma of the head and neck, pembrolizumab demonstrated a 16% objective response rate in 174 patients previously treated with a platinum-based chemotherapy regimen, which included a complete response rate of 5%. Nivolumab sparked a median overall survival (OS) of 7.5 months compared with 5.1 months for patients treated with investigator’s choice of either cetuximab (Erbitux), methotrexate, or docetaxel. The objective response rate was 13.3% with nivolumab compared with 5.8% for investigator’s choice. Patients most likely to respond to nivolumab were those with PD-L1-positive or HPV-positive squamous cell head and neck cancer.

While those results represented improvements, most patients didn’t benefit from the immunotherapies.

“That falls under the category of: ‘How can we continue to work to do better?’” Gibson said. “With any therapy, there are patients in which the treatment does not work. The challenge is to figure out why, so you can then modulate the therapy to make it work, or switch to a different therapy. Unfortunately, we’re not at that level of understanding yet to be able to determine, before we treat someone (with these drugs for this disease), who will respond and who won’t. So, we treat everyone based on the indications from the clinical trials, and not everybody benefits from the drugs.”

In studies of these drugs in patients with other tumor types, such as lung cancer, there have been some indications that those whose cancers express a lot of PD-1 or PD-L1 are the most likely to respond; the nivolumab trial suggested that the same might be true in head and neck cancer. However, “at the moment, it’s not something we’re required to measure before using either of those drugs” in patients with head and neck cancer, Gibson said.

There’s also been no direct comparison, in a clinical trial, of nivolumab versus pembrolizumab in head and neck cancer, so it’s not yet possible to know if one is more effective than the other, he pointed out.

A concern about the use of checkpoint inhibitors in head and neck cancer is that approximately half the patients enrolled in the phase III nivolumab and pembrolizumab trials experienced serious side effects.

“It’s always a balance between benefit and harm, and that’s the discussion I have in the clinic with patients with any therapy I’m proposing,” Gibson said. “For checkpoint inhibitors, on balance, most patients do well. Side effects may be small in half the patients, but 5% or 10% can get a pretty severe case, like an autoimmune disease such as hepatitis or nephritis (inflammation of the kidneys). Any area can get an irritation from the immune system attacking it. It’s a nonspecific side effect of activating the immune system and can be very severe and even fatal. These drugs are to be used just as carefully as any other chemotherapy drugs, and these side effects, particular to individual patients, would be discussed with the oncologist.”

“In head and neck cancer, or in most cancers, we’re not looking to combine two PD-1 inhibitors, but there are other immunotherapies, or checkpoint inhibitors, like the CTLA-4-targeted ipilimumab (Yervoy), that, when combined with nivolumab in melanoma, tend to work better than nivolumab alone,” Gibson said. “It’s an area of interest, and there are clinical trials in patients with head and neck cancer that are evaluating that.”

Also being studied is the possibility of moving immunotherapy into earlier parts of the treatment continuum, with the intention of curing cancer before surgery is needed. “We already have the ability to cure cancer of the head and neck that’s localized, using standard chemotherapy and radiation,” Gibson said. “Can we take immunotherapy and move it up into a setting where we are taking a cancer that’s never been treated and trying to cure it? There are clinical trials looking at combinations of radiation and chemotherapy plus immunotherapy,” more often pembrolizumab than nivolumab.

“One area as yet undefined is the combination of an EGFR inhibitor with immunotherapy checkpoint inhibitors,” Gibson said. “That data are being worked out through clinical studies,” although this area of investigation appears to be very limited so far.

Gibson said he supports the idea of eligible patients enrolling in clinical trials. “Clinical trials are a favorite of mine,” he said. “Imagine that any therapy that’s FDA-approved was tested on humans through clinical trials. So, participation in clinical trials helps the greater good and enables patients to access the latest and greatest therapies. There are tons of trials with all kinds of scenarios for head and neck cancer.” 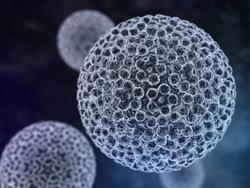