While some view immunotherapy as limiting in small-cell lung cancer treatment, one expert believes otherwise.

Immunotherapy’s role in small-cell lung cancer (SCLC) has increased significantly over the years, and for David Carbone, MD, PhD, director at the James Thoracic Center at The Ohio State University, he disagrees when immunotherapy is considered limited for this patient population.

At the 2019 World Conference on Lung Cancer in Barcelona, Spain, OncLive®, a sister publication of Oncology Nursing News, had the chance to discuss with Carbone why he sees immunotherapy as an important part of SCLC treatment.

As I said, immunotherapy usage is increasing in small cell lung cancer (SCLC) and it's now first-line standard care, in the extensive stage, and that is most cases of SCLC. I would then say most patients who don't have a specific contraindication, even with limited-stage 1, once they relapse get some form of immunotherapy. So, I might disagree with the statement that it's extremely limited. In the past it has been, before the studies showed efficacy, but we had very few options in SCLC and it's now one of the real options in relapsed SCLC as well. 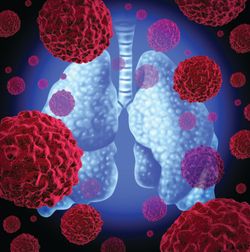