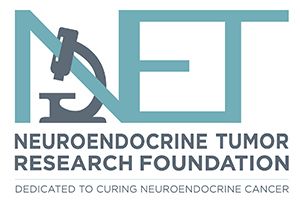 Neuroendocrine tumors (NETs) are rare, difficult to diagnose, and can be found nearly anywhere in the body. More than 100,000 people in the United States are living with NETs, though that number is increasing by 5% every year. The disease typically occurs in the gastrointestinal tract, pancreas, rectum, lungs, and appendix.

It’s because of these difficult aspects of NETs that led to the inception of the Neuroendocrine Research Foundation (NETRF; previously known as Caring for Carcinoid), an advocacy group based in Boston. Since its founding in 2005, the organization has awarded more than $12 million in grants to scientists at renowned research institutions.

Each year, NETRF convenes a Neuroendocrine Tumor Symposium to bring together 75 to 100 researchers and clinicians from around the world for a workshop on basic science and translational research.

“We are a small nonprofit that works in the rare disease space, so convening a workshop of this nature sets us apart from other organizations,” Jamie Lacroix, director of communication and outreach at NETRF, said in an interview.

This year’s symposium will be particularly special, Lacroix said.

“With the recent gift of $15 million we received from the Margie and Robert E. Petersen Foundation, this year's symposium will be an extraordinary time for us to explore new facets of research that hold the most promise for advancement.”

One new dimension of research will almost certainly be immunotherapies.

In October 2014, NETRF announced the launch of a three-part immunotherapy initiative aimed at bringing the most exciting and promising new agents to NETs.

For one project of the initiative, NETRF is working to advance research of CAR T-cell therapies in NETs with Carl June. MD, from the University of Pennsylvania. CAR T-cell therapies have shown complete response rates of more than 90% across a variety of early-phase studies for patients with hematologic malignancies.

The second project is being led by Pamela Kunz. MD. from Stanford University. In this clinical trial, researchers are looking to combine two immunotherapies—ipilimumab and atezolizumab—as a novel approach for the treatment of patients with pancreatic and carcinoid NETs.

The third project is studying the immune characteristics of NETs in order to guide NETRF’s efforts.

“Immunotherapy is so prevalent in the news and is being approved for use for a number of common cancers,” Lacroix said. “It is exciting to test its effectiveness on neuroendocrine cancer, a rare disease that doesn't receive as much public attention or funding.”

Though NETRF may be a small organization helping patients with a rare and complex disease, its mission is both big and simple: curing neuroendocrine cancer.