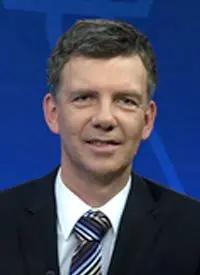 The primary end point of the 3-arm study, conducted by the European MCL Network, was failure-free survival (FFS), with events counted as stable disease following induction, any progression, or death. The 3-year FFS rate was 72% with standard induction and ASCT compared with 88% with ibrutinib added to induction, ASCT, and 2-years of ibrutinib maintenance (HR, 0.52; P = .0008).

Baseline patient characteristics were balanced across arms and consistent with younger patients with MCL, Dreyling noted. The median age of patient in the study was 57 years (range, 27-68) and most were males (76%). Most patients had stage IV MCL (87%), and Mantle Cell Lymphoma International Prognostic Index risk groups were as follows: low (58%), intermediate (27%), and high (15%). Most patients had an ECOG performance status of 0 or 1 (99%).

Following induction therapy, the objective response rate (ORR) was 94% in arm A and the complete response (CR) rate was 36%. In combined findings for patients receiving ibrutinib induction in arm A + I and I (N = 559), the ORR was 98% and the CR rate was 45%. The ORR and CR rates were significantly higher with the combined ibrutinib arms vs the control group, Dreyling noted. Superiority between ibrutinib-containing arms was also assessed, to explore the potential for ASCT, but these findings were still inconclusive.

“Yes, the CR is low, if you compare with other American trials. This is CT-based, it is not PET-CT–based,” Dreyling said. “It is in line with previously published data [using this method] and when we looked at other induction regimens, this is highly comparable.”

Grade 3 to 5 AEs occurred at a similar frequency between chemoimmunotherapy induction groups following induction therapy. The most common AEs in those receiving chemoimmunotherapy alone vs the addition of ibrutinib for maintenance were thrombocytopenia (59% vs 61%, respectively) neutropenia (47% vs 49%), anemia (22% vs 24%), leukopenia (15% in both), febrile neutropenia (9% vs 12%), infections/infestations (9% vs 12%), and cardiac disorders (2% vs 3%). There were 3 grade 5 events in arm A and 2 in ibrutinib-containing arms.