Is It Time to Talk About Lung Cancer? 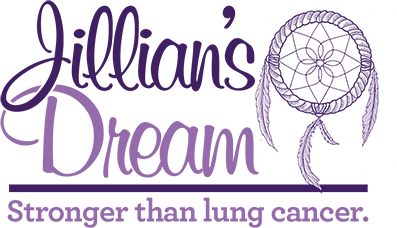 For 10 months I didn’t want to talk. When I did, I asked questions. Lots of questions. I was better at notetaking and writing to myself than talking. As a daughter, wife. and mother, I had different voices: “What time is your doctor appointment Dad?” “How was your day, honey?” or “Did you get all your homework done?” I had never been an advocate in the sense I am today.

In July 2012, at age 28, my daughter, Jillian was diagnosed with Stage IV lung cancer. Adenocarcinoma with metastases. For 10 months, I didn’t want to talk about what was happening to her, to me ... to us. I wanted those trivial conversations because I couldn’t wrap my head around her diagnosis and prognosis. That all changed when she succumbed to this insidious disease in May 2013. When that happened I needed to channel my grief and tremendous loss into something for good. I began doing more than maintaining my “Google MD”, which I earned while trying to make Jillian better. I started really researching lung cancer and this new community I found myself wanting to be a part of.

In following Jillian’s lead, it was apparent to me that research was the only way to make a change for someone else who would have the same diagnosis. I also realized that people’s perceptions needed to change. What I didn’t know was that Jillian was not an exception.

Sadly, most people still think that lung cancer is deserved and a smoker’s disease. The truth is that smoking causes many cancers including breast, prostate, and colon. Then we get down to the facts: (1) Lung cancer kills more people than those cancers combined! (2) Lung cancer receives the least amount of funding. (3). Anyone, ANYONE can get lung cancer. There! I said it! Now we can deal with the elephant in the room.

For 6 years I walked for breast cancer because like most women, I thought if I had to be concerned about getting cancer, it would be breast. In 2008 I learned in a lunch conversation with my mom, that back in 1978 my grandmother had died from breast cancer. Really? My mother didn’t think it was important to share that tidbit with her daughters. She also had to be reminded to get her mammograms.

So, I decided to walk as a way to advocate for women, breast cancer, and education ... lives. I didn’t know that since 1987 lung cancer has claimed more women’s lives than breast cancer. I found out the hard way, by losing my daughter to lung cancer and becoming her voice. Let’s face it. Breast cancer has pink ribbons. and we all know someone affected by it. It gets attention; people know about it, people have conversations about it. People don’t talk about lung cancer.

After losing Jillian, I wanted to shout at the top of my lungs “she is the face of lung cancer”. She was attending graduate school, young, athletic, healthy, and a neurosurgical intensive care nurse. I wanted someone to hear my story, Jillian’s story. She never had any symptoms. By the time she was diagnosed, the cancer had metastasized and could be found all over her small frame. The prognosis was dismal, cruel, and I found myself in denial. After all I’m a mom! I can put a band-aid on it, kiss and make it all better. Not at all.

The stares and glares Jillian received while going through treatment were awful. Having witnessed this firsthand, I felt strongly that people’s assumptions in the thoracic clinic and elsewhere had to change. The notion that even at her young age she deserved this has to change. This disease has changed and is continually changing in each person affected. It’s time all of us change, too. We need to talk about it.

So, now, can we talk about lung cancer?