The National Comprehensive Cancer Network (NCCN) has added apalutamide (Erleada) to its category 1 recommendations for the treatment of patients with nonmetastatic castration-resistant prostate cancer.

The National Comprehensive Cancer Network (NCCN) has added apalutamide (Erleada) to its category 1 recommendations for the treatment of patients with nonmetastatic castration-resistant prostate cancer (CRPC).

In treatment guidelines issued March 8, 2018, the NCCN included the next-generation androgen receptor inhibitor as a treatment option for patients with M0 disease, especially in those for whom PSA doubling time is ≤10 months.

The FDA approved apalutamide in February 2018 for the treatment of patients with nonmetastatic CRPC. The approval was based on results from the international, placebo-controlled randomized, phase III SPARTAN trial in which apalutamide reduced the risk of metastasis or death by 72% in patients with nonmetastatic CRPC. The median metastasis-free survival (MFS) was 40.5 months in the apalutamide arm versus 16.2 months in the placebo arm (HR, 0.28; 95% CI, 0.23-0.35; P<.0001).

SPARTAN evaluated the safety and efficacy of apalutamide versus placebo in 1207 patients with nonmetastatic CRPC and a rapidly rising prostate specific antigen (PSA) level despite receiving continuous androgen deprivation therapy. Nonmetastatic status was determined by a negative bone scan, as well as a negative CT of the pelvis, abdomen, chest, and brain.

Patients were required to have a PSA doubling time of ≤10 months, as evidence has shown that these are the patients most at risk for developing metastases and death.

Patients were randomly assigned to 240 mg of apalutamide daily (n = 806) or placebo (n = 401) from October 2013 to December 2016. The clinical cutoff date for the primary analysis was May 19, 2017. The average baseline PSA doubling time was less than 5 months in both arms. Patients who developed metastases were allowed to receive abiraterone acetate (Zytiga) plus prednisone.

At a median follow-up of 20.3 months, 61% of the apalutamide arm remained on treatment compared with 30% of the placebo group. An interim OS analysis (24% of events) revealed a trend favoring apalutamide.

Patient-reported outcomes indicated that patients who received apalutamide in addition to androgen-deprivation therapy maintained stable overall health-related quality of life over time, as did patients in the placebo group.

Adverse events led to discontinuation in 10.6% and 7.0% of the apalutamide and control arms, respectively. Neither group had a reduction in mean baseline health-related quality-of-life scores as the trial progressed, and there was no difference over time in the scores between the groups.

Patients assigned to the study drug were more likely to experience grade 3/4 adverse events (AEs; 45.1% vs 34.2%). The rate of serious AEs was slightly higher with apalutamide (24.8% vs 23.1%). Ten patients in the apalutamide group and 1 in the placebo group died due to AEs.

Following ADT, Older Patients With Prostate Cancer Are at an Increased Risk of Cardiac Complications 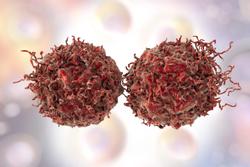