Updated findings of the SPARTAN trial, which were presented during the 2019 ESMO Congress, showed that apalutamide plus ADT demonstrated a 25% reduction in the risk of death compared with placebo/ADT in patients with nonmetastatic CRPC.2,3

"[This setting is] really defined as men who are at a castrate level of their testosterone with rising prostate-specific antigen while [they are] on ADT, but [there is] no evidence of metastasis on standard imaging," explained Heath on the uniqueness of this setting.

In an interview with OncLive, a sister publication of Oncology Nursing News, Heath, a professor of oncology, associate center director of Translational Sciences, lead of the Genitourinary Oncology Multidisciplinary Team, medical director of the Infusion Center, and director of Prostate Cancer Research at Karmanos Cancer Institute, Wayne State University School of Medicine, discussed these 3 pivotal trials and how they have impacted clinical practice in nonmetastatic CRPC.

Heath: Nonmetastatic CRPC is a very unique space, but it is a little bit of a frustrating space because you want to treat [patients] with something, but you are not sure where the cancer is. Recent developments have led to 3 FDA approvals, which is quite exciting.

MFS is a newer endpoint that needed to be developed because this is not a group where overall survival (OS) makes a lot of sense. The FDA does recognize MFS; it is a new nuance in how we think about drug development in this particular space.

Could you discuss the 3 antiandrogen agents that are now available?

All of those studies enrolled at least 1400 to 1500 patients who either had the medication or placebo in a 2:1 randomized fashion. The key point is that the patients were men who had standard imaging with a bone scan or CT scan, no evidence of cancer, and rising prostate-specific antigen (PSA), but at a doubling time of less than 10 months. It was a more aggressive group.

The trials had the primary objective of MFS with a slew of secondary objectives, including OS. Then, all of [the results from these trials showed] that men can benefit from these agents compared with placebo.

Are there any notable differences between these studies?

Each trial is unique in itself; the differences are not necessarily in the trial design. However, [SPARTAN] allowed for abiraterone acetate (Zytiga) at crossover; that may or may not impact the overall numbers later on.

The differences dealt more with the adverse events (AEs) with each drug, because these are relatively asymptomatic men. The patients and practitioners [get] worried that the [PSA] is going up and we can't find the cancer. It's a more engaged group, but for those of us who treat men where their PSA is starting to skyrocket, getting the nuance of each particular drug is important.

You mentioned that toxicities are an important distinguishing factor between the 3 drugs. How do you approach patient selection?

That is a tough question, because the data are reported in terms of what the AEs were. They don't always overlap.

Be aware that there are drugs actually approved in this space. The SPARTAN study and the PROSPER study were just published in 2018, and the ARAMIS study was [published in] 2019. If you're not treating and thinking about prostate cancer patients like some of us spend our lives doing so, you may not be aware that there are NCCN-supported medication available to offer to patients. Recognizing that that exists is a wonderful next step of awareness for your patient. 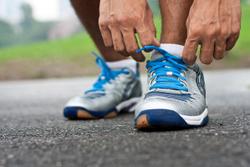