A new surgical method could help treat lymphedema, according to one expert.

We've got some really new operative options that have been developed in the last few years aimed at surgically recreating lymphatic channels in the affected limb. So what we can do in a patient with lymphedema is, down in the forearm area of that swollen, affected limb, we have the ability now, in the operating room, to isolate out lymphatic channels that have been disrupted. Under operative magnification, because we're talking about really very small, less than a millimeter diameter channels, find these lymphatic channels, isolate them out, and reconnect them before the point of disruption, not to other lymphatic channels, necessarily, but even to veins in the arm. We're finding ways for those lymphatic channels that are collecting lymphatic fluid but no longer can drain into the armpit area, reconnecting them down the lines to veins are other ways that they can then shunt their fluid into the systemic circulation, rather than have it build up in the arm.

It's what we call lymphaticovenous bypass, finding ways to surgically recreate those channels that have been disrupted. 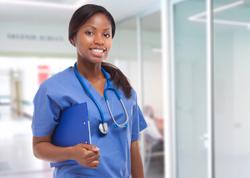