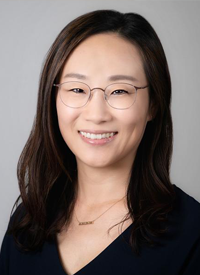 Sunitinib (Sutent) was the most cost-effective immunotherapy treatment option for patients with metastatic renal cell carcinoma (mRCC) in an analysis of the drug and other approved immunotherapy (IO)/IO-tyrosine kinase inhibitor (TKI) drug combinations using public payer acquisition costs in the United States. Notably, nivolumab (Opdivo) plus ipilimumab (Yervoy) was deemed the most effective treatment option in the model but did not meet the willingness-to-pay threshold (WTP).1

Sunitinib was ranked as the least expensive treatment in the model. Its costs were estimated to be between $357,948 USD and $656,100 USD across a 10-year span. Lenvatinib (Lenvima) plus pembrolizumab (Keytruda) or pembrolizumab plus axitinib (Inlyta) were ranked as the most expensive (range, $959,302 USD-$1,403,671 USD). Nivolumab plus ipilimumab garnered the highest number of quality-of-life years (QALYs; 3.6) and avelumab (Bavenzio) plus axitinib procured the least number of QALYs (2.5).

“Our results demonstrate that sunitinib was the most cost-effective first-line strategy at a WTP of $150,000 USD/QALY, which is the threshold typically used by the US Institute for Clinical and Economic Research because of lower drug-associated costs compared with all other approved IO-IO and IO-TKI combinations,” wrote Minkyoung Yoo, PhD, of the University of Utah Health Systems, and co-investigators, in the study. “Among combination therapies, [nivolumab plus ipilimumab] was the only strategy not dominated by sunitinib. [Nivolumab plus ipilimumab] was associated with higher QALYs over a 10-year time horizon vs all other options including sunitinib.”

In the United States, the estimated incidence of renal cell cancer for 2022 was 79,000, resulting in approximately 13,900 deaths. Significant advances have been made to treat this disease, including numerous immunotherapies and IO-based drug combinations, including combinations with TKIs. These treatments have demonstrated significant improvements in response rates, progression-free survival (PFS), and overall survival (OS). However, it is important to note the rates of immune-related adverse events (irAEs), which can affect overall treatment costs and therefore warrant financial considerations. In 1 systematic review of patients with urologic cancers who received immunotherapy or IO-TKI combination therapy, the rate of any-grade treatment-related AEs was 88.3%, including an any-grade irAE rate of 42.7%.2

Investigators designed a decision model with a 10-year time horizon. They included 7 different treatment strategies; these were atezolizumab (Tecentriq) plus bevacizumab (Avastin); avelumab plus axitinib; pembrolizumab plus axitinib, nivolumab plus ipilimumab, nivolumab plus cabozantinib (Cometriq), lenvatinib plus pembrolizumab, and sunitinib alone. These treatments were measured in terms of QALYs with utility values, based on the published literature. The costs include the drug acquisition costs along with the management of grade 3 or 4 drug-related adverse events.1

Study authors noted that with a higher willingness-to-pay threshold, nivolumab/ipilimumab would be the most cost-effective. These results were consistent across the VA Federal Supply Schedule Service (VA FSS) and the National Average Drug Acquisition Cost (NADAC) drug costs, and whether patients were assumed to receive second-line therapy after the failure of first-line treatment.

Regardless of the perspective and the rate of subsequent therapy, sunitinib demonstrated the lowest 10-year total costs at $467,394 USD to $726,068 USD (including medications, administration costs, and drug-related adverse events), whereas lenvatinib/pembrolizumab or pembrolizumab/axitinib showed the highest (range, $1,116,302 USD-$1,502,129).1

The estimated 10-year QALYs ranged from 2.52 for avelumab/axitinib to 3.60 years with nivolumab plus ipilimumab. Atezolizumab plus bevacizumab, avelumab plus axitinib, nivolumab plus cabozantinib, lenvatinib/pembrolizumab, and pembrolizumab/axitinib were not considered in this part of the analysis because they were both less effective and more expensive than sunitinib alone, and nivolumab/ipilimumab, or a linear combination of both treatments.1

According to study authors, this study differs from other publish cost-effective analyses for mRCC, including Shay et al, which deemed nivolumab/ipilimumab to be most cost-effective, but did not include sunitinib as a comparator.3 One key difference with this study is that it used the NADAC and VA FSS to determine drug prices, whereas many other published analyses used the manufacturers’ list price, which does not include discounts and rebates. Moreover, this study ran a version of the model in which all patients received second-line therapy, as well a version in which only 30% did, they also included a total of all 7 first-line approved treatments, rather than a subset of therapies.1

The study authors acknowledged that extrapolating survival data to a 10-year time horizon invites uncertainty. Although they tested various potential parametric survival functions, used 6 independent clinical trials to compare each IO-TKI combination against sunitinib, this uncertainty may still be present. Moreover, the Kaplan-Meier PFS and OS curves for sunitinib vary across each of these studies. Consequently, investigators used both the highest and lowest reported median PFS time from the 6 trials.

Finally, although the VA FSSS and Average Sales Price/NADAC may represent the actual drugs costs better than the wholesale acquisitions, study authors acknowledge that drug prices still very greatly across payers in the United States—and the study did not include out-of-pocket costs.