No Increase in Skeletal-Related Events With Less Frequent Zoledronic Acid

Longer intervals between zoledronic acid doses for patients with bone metastases did not result in an increased risk of skeletal-related events (SREs).

Patients with bone metastases due to breast cancer, prostate cancer, or multiple myeloma who used zoledronic acid every 12 weeks versus every 4 did not experience an increased risk of skeletal-related events (SREs) over 2 years, according to findings of a new study published in the Journal of the American Medical Association.

Third-generation aminobisphosphonate zoledronic acid helps patients with bone metastases by reducing the incidence of SREs and pain. However, the dosing of zoledronic acid for optimal results is unknown.

To evaluate what frequency of zoledronic acid administration works best for patients, this randomized study compared the 4-week regimen with a less frequent 12-week one. Adjusted for calculated creatinine clearance using each patient’s body weight, the dosing given to patients every 12 weeks was no different than if they were treated with the drug every 4 weeks.

Patients with metastatic breast cancer (n = 855), metastatic prostate cancer (n = 689), or multiple myeloma (n = 278) who had at least 1 site of bone involvement were eligible for the study, and the median age was 65 years. These 1822 participants were evenly randomized to intravenous zoledronic acid every 4 weeks or every 12 weeks over a 2-year period.

The study’s primary endpoint was to determine superiority of the less frequent regiment by evaluating the proportion of patients who experienced at least 1 SRE, defined as a clinical fracture, spinal cord compression, radiation to the bone, or surgery involving bone.

By the end of the study, 795 patients had completed the 2 years required for evaluation. Of those participants, 260 patients (29.5%) in the zoledronic acid every 4-weeks dosing group and 253 patients (28.6%) in the every 12-weeks dosing group experienced at least 1 SRE, and thus the results did not differ greatly between the groups.

Additionally, there were no significant differences between the groups in pain or performance status scores, incidence of jaw osteonecrosis, and kidney dysfunction. Skeletal morbidity rates were the same in both groups; however, based on their higher C-terminal telopeptide levels, bone turnover was increased in patients on the every12 weeks-regimen.

“The findings are significant for a couple of reasons,” explained study author Andrew L. Himelstein, MD, a hematologist/oncologist, specializing in hospice and palliative medicine at Christiana Care Health System, in an interview with Oncology Nursing News.

“Our patients would not have to spend as much time at their hematologist's or oncologist's office. They would require fewer IV infusions to get the same benefit from the medication. Also, there would be lower costs with fewer infusions and fewer visits without any loss of effectiveness.”

Himelstein said that it is currently up to the clinician whether they will recommend zoledronic acid dosing at every 12 weeks to their patients. Since this study only covered patients with metastatic breast or prostate cancer or multiple myeloma, it is at the clinician’s discretion to recommend the approach to patients with other types of cancer.

As of now, there is no plan for further research on zoledronic acid dosing. “We have to see where things go with denosumab, which is an alternative way of increasing bone strength and reducing fracture risk,” Himelstein said.

He added that, “Denosumab appears to be slightly more effective than zoledronic acid. It's also a lot more expensive. At the time, dosing requires monthly visits to the doctor with injections under the skin. At some point, future research could look at less frequent zoledronic acid directly compared to denosumab.” 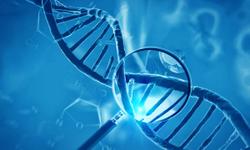