NO STOMACH FOR CANCER: Founded by a Family, for the Empowerment of Families 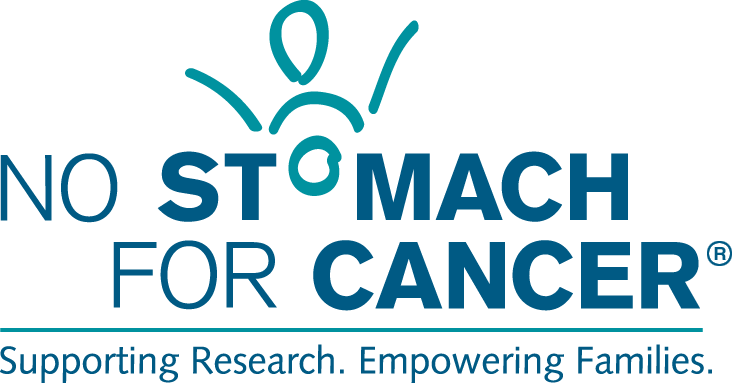 A quest for information and answers led Karen to a paper about Hereditary Diffuse Gastric Cancer (HDGC), a cancer syndrome that is sometimes caused by a mutation in the CDH1 gene. Through self-referral for genetic counseling and testing, the Chelcun family learned that they were joining another family of sorts—a group of ‘rare’ families throughout the world to have this gene mutation.

The Chelcun family established a fund for gastric cancer research, started a website focused on education and support, began awareness, educational and fundraising activities, shared their story in the media, and started making connections with medical professionals, researchers and with other families affected by stomach cancer throughout the world. They had to figure this out on their own; information and resources were virtually non-existent.

Drawing website visitors and inquiries from all over the globe, it quickly became apparent that they were filling a tremendous need, becoming a resource for people affected by stomach cancer everywhere. They responded, and in September 2009 No Stomach For Cancer, Inc. (NSFC), an approved 501(c)(3) nonprofit organization, was founded.

NSFC raises awareness for stomach cancer through our website, informational materials, and events. We speak to medical students, appear on TV and radio programs, and reach out through sharing stories in newspaper and magazine articles.

The second leading cause of cancer death worldwide, almost one million people are diagnosed each year, and approximately 700,000 will lose their lives. About 21,600 cases of stomach cancer will be diagnosed each year in the United States, and over 10,990 people will die. The 5-year survival rate for Stage IV stomach cancer patients is only 4% and the overall 5-year survival rate is about 28%.

Raising awareness of stomach cancer, its symptoms, and risk factors—including hereditary risks—in the general public and the medical community is critical. It is alarming to see increasing numbers of young people diagnosed with late stage stomach cancer. Stomach cancer is often dismissed as rare, and awareness is seriously lacking. Early diagnosis is a key factor in surviving stomach cancer.

NSFC spearheaded a Senate resolution in 2010 declaring November Stomach Cancer Awareness Month. Stomach cancer and other organizations and people worldwide have come to recognize November, a month known for the pleasure of eating, as the ideal month to raise awareness about this deadly disease. NSFC also holds an annual worldwide Walk every first Saturday of November to raise awareness for stomach cancer, and to raise funds for research and education. The event also provides a sense of community for people throughout the world as they unite in action on this day—as well as validation that this cause is important.

NSFC firmly believes that Hereditary Diffuse Gastric Cancer (HDGC) is under-identified. An estimated 1% to 3% of cases of gastric cancer are caused by HDGC. Do the math—this is not a small number. Unfortunately it takes loss of lives before concerns for HDGC are identified. However, once diagnosed, lifesaving measures can be taken to prevent the disease. NSFC works to help identify families at risk for HDGC early on.

NSFC provides a worldwide network for patients and their families to connect and share with each other.

We receive inquiries from people all over the world seeking resources for diagnosis, treatment, emotional support, and research. NSFC provides connections to researchers, medical doctors, and genetic counselors, as well as critical information on stomach cancer and access to awareness materials.

NSFC advances stomach cancer education by working with renowned medical doctors, genetic counselors and researchers. Education efforts come in various forms. In many cases, board members and volunteers share with others the story of their personal connection to stomach cancer. In addition to speaking at various events involving the general public, they speak to students enrolled in graduate nursing and genetic counseling programs as well as those enrolled in medical school.

Spotlight on Gastric Cancer events are held at locations throughout the country to educate the public and medical professionals the about stomach cancer, and to connect people who have been affected by stomach cancer with others.

Funding for stomach cancer research makes up only about 0.5% of the National Cancer Institute’s research budget. In terms of funding, stomach cancer is at the bottom of the list.

NSFC supports research efforts for screening, early detection, treatment, and prevention of stomach cancer and invites anyone who is involved with stomach cancer research to contact us. In 2012, we awarded $10,000 for stomach cancer research. In 2013, we awarded $20,000, and in 2014 No Stomach For Cancer awarded $100,000 in the form of two $50,000 grant awards. In keeping with the organization’s mission, these grants will facilitate research projects that hold the promise of improving prevention, diagnosis and treatment of this deadly disease.

NSFC believes that collaboration and partnership is essential in finding a cure for stomach cancer. We are excited about our involvement in a newly formed GI Cancer Advocacy Coalition and the hope it brings for positive change for those impacted by GI cancers.

We are a worldwide community and firmly believe in, as our mission states, “supporting research and uniting the caring power of people worldwide affected by stomach cancer.” We seek opportunities to work with other individuals and organizations that have compatible interests and goals to accelerate the ability to make positive strides in the fight against stomach cancer in our awareness, fundraising, and research efforts.