Suicide among nurses is not often talked about, since we are supposed to be everyone’s caregivers.

In a shocking twist of fate, 2 major celebrities, Kate Spade and Anthony Bourdain, both recently died by apparent suicide. Two people who had money, status, and their own lifestyle brand: Kate Spade, with her KS brand, and Bourdain, who globe-trotted for CNN in search of food and a way of life most of us will never attain. Who didn’t know Kate Spade handbags or watch Bourdain on CNN? Yet, with all this power and money, they were allegedly depressed and suicidal.

Suicide is prevalent in all walks of life. It also affects nurses. Suicide among nurses is not often talked about, since we are supposed to be everyone’s caregivers. But what happens when we need help? This is not often discussed.

There are 3.4 million nurses working in the US today, the largest group of health care workers.1 According to a discussion paper on nurse suicide published in the National Academy of Medicine’s Perspectives, the culture of nursing is one of silence and isolation.1

A study published in England showed that compared with the rate for non-nurses, the rate of suicide among nurses in that country is 23% higher.2 There is a gap in research concerning nurse suicide. It has been described as an invisible problem.1 Shift work, access to controlled drugs, and knowledge about how to use them, as well as depression and job stress, are factors in this crisis.2

The culprit often is depression. One study puts depressive symptoms among nurses at 18%; another shows it to be 41%.1

Time constraints are also a factor in nurse stress. As oncology nurses, how many of us have been in one room hanging an IV, changing a dressing, or emptying multiple drains, as well as wearing protective gear, and have been called to another room at the same time? Though some people thrive on stress and grow as individuals, others do not adapt as well.2

Solutions may lie in the obvious. Stress that comes from working in an area where death is commonplace, such as oncology, intensive care units, and the emergency room, should be addressed. Downtime within the shift in which nurses can decompress can be incorporated into the routine. Nurses need to also feel less alone as they go about their daily tasks of being caregivers. Nurses should not be blamed for patient care delays or poor patient outcomes.

An Ounce of Prevention

A pilot suicide prevention program is being implemented at University of California San Diego Health called HEAR.1 That acronym stands for Healer Education Assessment and Referral Program, which was first piloted by doctors. It has now been extended to the nursing community. The purpose of HEAR is to identify nurses that are at high risk for suicide due to depression via a screening tool that was created by the American Foundation for Suicide Prevention (AFSP).1 Health professionals participate on a voluntary basis. Grand rounds also deal with mental health issues. The data show that 97% of the nurses who completed the anonymous survey were found to be at moderate or high risk for suicide.

There are no supernurses. There must be a way to decrease nurse suicides, and the research is only starting to address this vital issue. 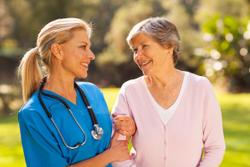 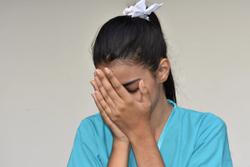 Beauty and the Beast: The Two Faces of Nurse Preceptors 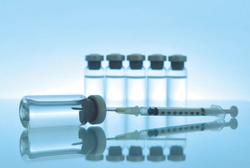