This is the first of a two-part post about my experience attending and speaking at the Nurses Take DC rally in Washington DC.

Me, speaking on the steps of the capitol building at the Nurses Take DC Rally

This is the first of a two-part post about my experience attending and speaking at the “Nurses Take DC Rally for Nurse-Patient Ratios Now” which took place in Washington DC from April 25 to 27. The purpose of the event was to bring nurses together to support federal legislation, including Senate Bill 1063 and House Bill 2392: The Nurse Staffing Standards for Hospital Patient Safety and Quality Care Act of 2017.

Last fall I was asked to speak at the rally by a social media acquaintance, one of the organizers of the event. I was surprised and honored to be asked, and most of my advocacy work has been in the form of writing. Until now, I've been only peripherally involved with the movement but always outspoken about nurse working conditions and their impact on the patient experience, which I have discussed extensively in my book, Navigating the C.

When I arrived in Washington the afternoon before the rally, it was raining. I went directly to the hotel, which was the headquarters for the event. The first event I attended was an early evening education session offering, called "Ascend to Political Nurse Advocacy," presented by Pamela Robbins, MSN, RN. Pam has long been active in political advocacy for nurses and quickly drew the audience in with her explanation of the similarities between the nursing and political processes, to make it relatable to all of us. It was a useful toolkit, all packed in to less than 2 hours.

The first night I was exhausted from traveling and went to bed early. Thursday was a beautiful clear day, perfect for the rally. I shared an Uber with three other nurses to the rally. We were dropped off right smack in front of the Rayburn House Office building, where the House of Representatives offices are. Yes, where it all happens.

I was quickly distracted by my companions who pointed out the capitol building across the street and the fact that we were there on a beautiful spring day. You couldn't have asked for better weather. I quickly forgot about the lobbyists and we crossed over to Capitol Hill. It really was breathtaking to see the Washington Monument and the reflecting pool, as well as the white columns and dome of the legislative seat of power of our country.

There were about two dozen speakers, including legislators themselves. Rep. Jan Schakowsky (D-IL), sponsor of the House bill, and Rep. Luis Gutierrez (D-IL) from Illinois both made appearances and spoke. Dr. Laura Gasparis Vonfrolio, RN, PhD, longtime power figure in nurse advocacy, was the keynote speaker. She is a fighter who reminded us we need to raise hell, admonishing us, "If you don't fight for what you want, don't complain about your situation!"

As the speakers took the podium, their tone ranged from powerful and inspirational to exhausted and shell-shocked. The stories of some of the nurses who had been fired, harassed, and threatened for speaking out were both maddening and heartbreaking. It still strikes me as beyond the pale that administrators should be so fearful of nurses who choose to speak their minds, but it happens all the time. And that is why we're here, to support each other so no one has to be fearful.

In my speech, I included some takeaways for nurses to go back home for effecting change in their own communities. Nurse staffing ratios are critical, but there needs to be regulation of the hospital industry, because without mandates, they will find workarounds, and nurses will continue to find themselves understaffed and compromising patient safety.

I remember in 2012, when some well-staffed hospitals in the middle of merger mania had experienced notable changes in their attitude toward nursing. Where the independent hospital might have had top-notch staffing and support, as well as respect for nurses, nearly overnight, nurses were told the staffing ratios were changing, their benefits would dwindle, and older nurses started disappearing left and right. Nurses were told point-blank, if you don't like it, you can leave. I left. Why should I work in a place where I'm not respected or valued?

As time went on, it became apparent to nurses that hospitals were making good on their threats, and no longer valued us for what we brought to the workplace. They only wanted us to fill the staffing matrix, keep our mouths shut, smile, and nod as they nickeled and dimed our benefits and job satisfaction away from us.

To take oncology as an example, when we administer chemotherapy, if we are understaffed, we have less time to look carefully at the orders, do double checks of medications uninterrupted, check the patient for a reaction or keep up with serial vital checks. We might get distracted while giving medications or make an error. We also might not take the time to educate the patient about how best to use their home medication to control symptoms and side effects.

Maybe we are recovering a patient from sedation from a bone marrow biopsy, needing to make sure they can stand up without falling, to get dressed for discharge, but we get pulled away because our next chemo patient has arrived, and there is no one to cover for us for a few minutes. As we walk away, our sedated patient is at risk for falling, or bleeding, or losing their airway. And we are always told it's our fault if we can't multitask, that we can't be in two places at once, or remember everything because we are doing the work of 2 nurses.

Nurses are asking for national legislation to hold decision-makers in the industry accountable, so that our patients are not in harm's way when we care for them in a facility that is supposed to be helping them.

After the rally was over, we headed back to the hotel where we had an after party with nurse humorist Terry Foster, who is hilarious. It was a chance to talk further with some of the organizers and discuss future action, as well as relaxing and getting to know a few people better.

Friday it rained again, and I headed back to the airport to fly home with a sense of empowerment, a tool kit, some great advice, and feeling much less alone. For me, the best part of attending the rally was the new friends I made: colleagues who share my passion for making change, ready to work hard and not give up, willing to go back home and spread the word, bring more nurses along next year, and help others lose their fear. 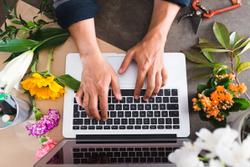 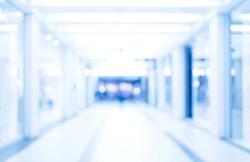