When it comes to palliative care, sooner is helpful for many patients with cancer, according to results of randomized trial presented at the recent 2016 Palliative Care in Oncology Symposium that showed that patients with newly diagnosed incurable lung and gastrointestinal (GI) cancer saw a benefit from intervening early to provide palliative care (PC) services.

The study, which was conducted over the past 5 years at Massachusetts General Hospital, where Greer is clinical director of psychology and a research scientist in the Center for Psychiatric Oncology & Behavioral Services, involved a group of 350 newly diagnosed patients with one of the following diagnoses: non—small cell and small cell lung cancer, or mesothelioma, or GI cancers (pancreatic, hepatobiliary, gastric, and esophageal).

Eligible patients had to meet a number of criteria, including being within 8 weeks of original diagnosis and not requiring more immediate hospice or palliative care as recommended by their clinicians.

Patients were divided into two equal groups: one receiving early palliative care integrated with their oncology care, whereas the other group received only usual oncology care for their malignancies.

At least once per month, patients assigned to early PC saw a palliative care clinician who documented the contents of every visit. The two topics discussed most were symptom management (discussed in 74.7% of meetings) and coping (discussed in 70.2% of meetings).

Researchers used the Functional Assessment of Cancer Therapy-General (FACT-G) to assess quality of life and the Patient Health Questionniare-9 (PHQ-9) for mood at baseline. Patients who received early palliative care reported significantly higher quality of life (QOL) and lower levels of depression at the 24-week mark, but not at 12 weeks.

The early PC group was also “significantly more likely to report using active and engaged coping styles compared to the usual care group,” according to the results. These strategies included active coping, positive reframing, and acceptance.

When it came to patient-led discussion with their care team about end-of life-care, more than double the percentage of those receiving early PC had those discussions compared with those in usual care (30.2% vs 14.5%).

However, Greer said that these numbers are still not high enough in either cohort: “Those rates are quite low, demonstrating that we can still do a lot of work in that arena.”

Greer also recommended more research on palliative care interventions by cancer type because the study reported QOL differences between patients with lung and GI cancers in each cohort.

“The quality of life and mood trajectories in these samples is really varied by cancer types and raises a number of important questions about further research,” he said. “First, should we be tailoring our palliative care interventions to different patient populations? As the cancer therapeutic world becomes more targeted and personalized, so should, perhaps, our patients’ palliative care interventions.” 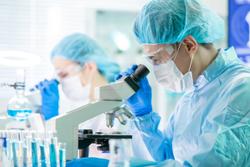 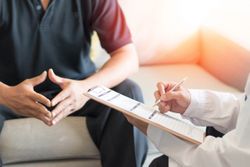