Tanya Dorff, MD, discusses how the FDA approvals of olaparib and rucaparib have paved the way for additional research with PARP inhibitors in metastatic castration-resistant prostate cancer.

The FDA approvals of olaparib (Lynparza) and rucaparib (Rubraca) for the treatment of men with BRCA-mutant metastatic castration-resistant prostate cancer (mCRPC) shifted the paradigm away from sequential antiandrogen therapy with enzalutamide (Xtandi) and abiraterone acetate (Zytiga), said Tanya Dorff, MD, who added that genetic and genomic testing should be considered a key step in the continuum of care for patients.

“[We know that] going from abiraterone to enzalutamide or enzalutamide to abiraterone is less successful [vs a PARP inhibitor because] phase 3 data have shown us that patients with an applicable alteration can do better with a PARP inhibitor,” said Dorff. “We need to refer our patients for genetic testing, perform genetic testing ourselves as medical oncologists if we are comfortable with that, and think about genomic sequencing [in men with mCRPC].”

However, Dorff explained that the utility of these agents could be further enhanced by identifying additional biomarkers of response to PARP inhibitors, seeing confirmatory phase 3 data with rucaparib, and comparing PARP inhibition with chemotherapy.

In an interview with OncLive® during an Institutional Perspectives in Cancer webinar on prostate cancer, Dorff, a medical oncologist and an associate clinical professor in the Department of Medical Oncology and Therapeutics Research at City of Hope, discussed how the FDA approvals of olaparib and rucaparib have paved the way for additional research with PARP inhibitors in mCRPC.

OncLive®: How have the approvals of olaparib and rucaparib affected the treatment paradigm of men with mCRPC?

Dorff: [Olaparib and rucaparib] are approved for BRCA1/2-mutant mCRPC, and [the approvals] have done two things. One is [the approvals have] increased the need for genomic sequencing. We have always pushed for genetic testing of our patients with prostate cancer, but we also need to do somatic testing to ensure we don’t miss any patients who could benefit from [PARP inhibitors]. Therefore, a companion diagnostic was approved as part of the approval of olaparib so that we can use liquid genomics [to test for BRCA1/2 mutations]. Liquid genomics are much more convenient in the setting of bone metastases where we can’t always get tissue DNA. That’s the first major thing: We can’t treat patients if we don’t identify them as being eligible.

The second thing is that [the approvals] gave us confidence in the fact that there was a progression-free survival [PFS] advantage and an overall survival [OS] advantage [with PARP inhibition vs antiandrogen agents]. These trials were not placebo-controlled, but [the PARP inhibitors] were compared head-to-head with enzalutamide or abiraterone after failure on the other agent. That [yielded] really strong, level 1 evidence.

The rucaparib approval was based on phase 2 [data], but we know phase 3 data are coming. Based on the very strong response rates we’ve seen with rucaparib, it is very much expected that we will see positive phase 3 data.

Why are additional biomarkers beyond BRCA1/2 mutations needed in mCRPC? Do any look promising?

The approvals came through for both agents for BRCA1/2-mutant mCRPC. [BRCA] testing can be done by tissue genomics, liquid genomics, or genetic testing to find a germline alteration.

However, other biomarkers are more questionable. Very rare mutations may predict sensitivity to PARP inhibitors, but so few patients have been treated that it is hard to have confidence in terms of the likelihood of an objective response or whether the median PFS would look similar to the cohorts presented.

Cohort B in the [PROfound] trial [with olaparib] included patients with a variety of mutations, such as CDK12, PALB2, FANCA, and CHEK2. [Patients] may have some mutations that are strong predictors for benefit and others that are weaker. Mixed together, the data don’t look as strong [in those subgroups], but we need more of these patients to be treated [with PARP inhibitors] to determine which of the other alterations [beyond BRCA] are strong biomarkers.

In the meantime, we are starting to cast a wider net to look beyond DNA sequencing and try to understand what other factors impact DNA repair where there could be the synthetic lethality effect that we see with clear DNA repair alterations. [Perhaps we can] even just leverage the other actions of the PARP inhibitor and the crosstalk with an androgen receptor [AR].

For instance, at City of Hope, we are looking at the triplicate repeats in the AR in all-comers to see whether that is a potential biomarker for who might benefit from PARP inhibitor therapy.

How have the phase 3 data with olaparib solidified the role of PARP inhibitors in patients with BRCA1/2- or ATM-mutant mCRPC?

The PROfound study was done in patients with mCRPC who had already been exposed to enzalutamide or abiraterone and had progressed. Patients were allowed to have been treated with chemotherapy, but it wasn’t required. Patients were randomized in an open-label [design] to olaparib at 300 mg twice daily or enzalutamide if they had prior abiraterone, or abiraterone if they had prior enzalutamide. The primary end point was radiographic PFS [rPFS], which was almost doubled in the olaparib arm. [The improvement in rPFS] was a strong indicator [of the benefit of PARP inhibition] in cohort A, [which included patients with] BRCA1/2 and ATM [mutations]. Although more than 80% of patients crossed over after radiographic progression, OS was still positive, favoring olaparib in cohort A. Of course, when we sensor for the crossover design, we see an even stronger survival benefit [with olaparib. Olaparib demonstrated] really strong efficacy in this population.

Cohort B with the other alterations was a little bit more mixed. [The cohort demonstrated] an rPFS benefit [with olaparib], but the OS wasn’t significant. If we had looked at smaller subsets of patients, we might have gotten a different answer.

How could phase 3 data supplement the phase 2 data observed with rucaparib?

If we look at the publication by [Wassim Abida, MD, PhD, of Memorial Sloan Kettering Cancer Center] and colleagues [that was published] last year in the Journal of Clinical Oncology, we see a strong response rate with rucaparib in BRCA1/2-mutant [mCRPC]. A second study published in Clinical Cancer Research [demonstrated responses rates] with [rucaparib in patients with] other alterations, such as ATM, CDK12, and CHEK2. Again, we see really strong prostate-specific antigen responses and strong objective response signals [in those patients]. We can’t determine whether [there is] a more significant benefit [with rucaparib vs an approved agent] the same way we can in a phase 3 trial, although I predict based on the efficacy signals that we would see much less durable and less frequent responses with the second AR-targeted agent [vs rucaparib].

Although cross-trial comparisons are not reliable, how are you choosing between olaparib and rucaparib in the clinical setting?

It is challenging to choose between [olaparib and rucaparib] because the data look really strong in both cases. Olaparib does have the advantage of [having] phase 3 data that show a survival benefit, as well as the broader FDA label that includes other genetic alterations [beyond BRCA].

In terms of safety, we don’t want to do cross-trial comparisons. However, the adverse effect [AE] profiles look very much like class effects, with the majority of grade 3 and higher toxicities falling into the category of myelosuppression, such as anemia. Anemia is very common in these patients. In my practice, [anemia] is one of the reasons I might need to hold dosing for a time or even dose reduce. [The PARP inhibitors] can also cause some gastrointestinal AEs or fatigue; however, the toxicity profiles look similar, and it would be hard to choose one or the other based on that.

Where does chemotherapy fit into sequencing with PARP inhibitors and antiandrogen agents?

This article was originally published on OncLive as, "PARP Inhibitors Could Help Craft Better Personalized Medicine in Prostate Cancer." 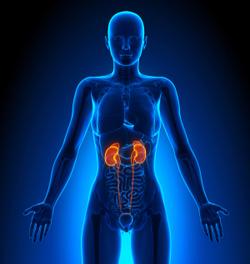