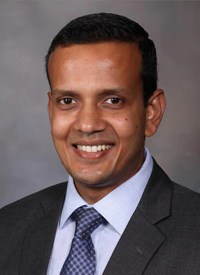 Women with a breast cancer with known germline pathogenic variants (PV) in BRCA1, BRCA2, CHEK2, or PALB2 may benefit from enhanced surveillance, such as supplemental MRI in addition to mammograms, and other risk-reduction strategies, according to a prospective analysis of 15,104 women which was published in the Journal of Clinical Oncology.1

“Among African American women, the risk of CBC also appears to be elevated in BRCA1, BRCA2, CHEK2, and PALB2 PV carriers,” they added. “Germline PVs in ATM are not associated with a significantly increased risk of CBC in this study regardless of age at diagnosis, menopausal status, or race/ethnicity.”

There are no well-established thresholds for recommending contralateral prophylactic mastectomy (CPM) based on CBC risk, according to study authors, and it is therefore unclear whether premenopausal breast cancer survivors with PVs in CHEK2 or PALB2 will derive benefit from CPM. The role of CPM in improving survival is considered controversial even for those carrying BRCA2 or BRCA2.2-5 In light of this, the decision to recommend CPM for PV carriers should be individualized across multiple factors, and study authors believe that these findings may aid in this decision making.

“The present study provides clinically valuable estimates of CBC risk in PV carriers on the basis of several of these factors, which will aid in decision making on CPM and surveillance strategies,” authors wrote.1

The study prospectively assessed women who had received ipsilateral surgery for invasive breast cancer as part of the Cancer Risk Estimates Related to Susceptibility (CARRIERS) consortium.1,5 Investigators assessed their risk of CBC by PV carriers in each gene. The median age at diagnosis for the initial breast cancer was 62 years old. The study had a median follow-up time of 11 years. Approximately 66% of participants were non-Hispanic White and 15% were African American. Notably, compared with the ER–positive population, patients who had ER–negative disease were also more likely to be African American, younger, and premenopausal at initial diagnosis.

The primary analysis characterized the overall cohort compared with women in the general population. The secondary analysis looked at associations by race and ethnicity, age at the time of primary breast cancer diagnosis, menopausal status, and tumor ER status.

In the all-population sample, the frequency of germline PVs—including ATM, BRCA1, BCRA2, CHEK2, or PALB2, was 4.4%. In the ER-positive and ER-negative subsets, the rates of germline PVs were 3.7% and 7.4%. Study authors noted that the study population was similar to the overall CARRIERs study in the following domains: median age at diagnosis, proportion of ER-negative tumors, and frequency of germline PVs. However, the proportion of Black, Hispanic, and Asian women was higher in the current study than in CARRIERS.5

Investigators reported a total of 801 CBC events throughout the time of follow-up, including 90 events (11.2%) among ATM, BRCA1, BRCA2, CHEK2, and PALB2 PVs. In the adjusted analysis, those with germline PVs in BRCA1, BRCA2, and CHEK2 demonstrated an elevated risk of CBC compared with women without PVs.1

Furthermore, in an analysis of race, menopausal, stats, and age, on CBC, investigators observed that, among African American women (n = 2249), the risk of subsequent CBC was increased 2-fold for BRCA1, BRCA2, CHEK2, and PALB2 PV carriers compared with noncarriers. ATM PV carriers did not exhibit significant increases in risk in either race. In terms of menopausal status, the frequencies of germline PVs in the 5 genes was 6.9% in the 4050 premenopausal patients and 3.7% among the 11,050postmenopausal patients.

In premenopausal women, carrying a BRCA1 or BRCA2 PV was not linked to an increased risk of CBC, regardless of ER status, whereas CHEK2 PVC were tied to an increase in the ER-positive population and PALB2 PVs with ER-negative breast cancer. Although the rate of PVs were similar in these 2 groups, the number of CBC events was lower among postmenopausal women, and BRCA2 was the only gene which demonstrated an elevated risk of CBC (HR, 3.0; 95% CI, 1.7-5.2; P < .001).

The frequency of a germline PV across ATM, BRCA1, BRCA2, CHEK2, and PALB2 was 2.6% among the 6010 women diagnoses with initial breast cancer at or above the age of 65 years. Across a median follow-up of 10 years, only 3 CBC events were observed in the group.

The 5-year, 10-year, and 15-year cumulative incidence of CBC among PV carriers was consistent with what investigators and anticipated: these rates were generally higher among the premenopausal women although the confidence intervals wide. Moreover, according to study authors, it is important to underscore that the 15-year cumulative incidence of CBC across the premenopausal population, with PVs in BRCA1, BRCA2, CHEK2, and PALB2, was greater than 20%.