Findings from the POSITIVE trial suggest that pausing endocrine therapy to pursue pregnancy did not negatively affect outcomes for patients with breast cancer. 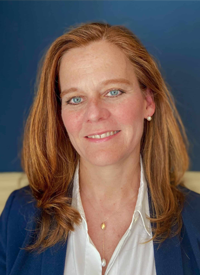 The short-term recurrence rates were similar between patients with early-stage hormone receptor–positive breast cancer who paused adjuvant endocrine therapy and women who did not, according to initial results from the POSITIVE trial (NCT02308085). Importantly, many of these patients were able to have healthy pregnancies.1

According to investigators, these numbers are comparable with the general population.

Following pregnancy—whether successful or not—patients were advised to return to their endocrine therapy; 76.3% have resumed treatment, 8.3% experienced a recurrence or death before they were able to resume therapy, and 15.4% have not yet resumed therapy.1

Investigators noted that these results may offer hope to younger women with breast cancer who wish to have children, although they acknowledged that any such decisions should be made on in individual basis, and with the input of a health care professional.

“The POSITIVE trial provides important data to support young women with hormone receptor–positive, early breast cancer who are interested in a pregnancy and taking a break from endocrine therapy to pursue one,” Ann Partridge, MD, MPH, vice chair of medical oncology at Dana-Farber Cancer Institute and professor of medicine at Harvard Medical School, who led the study in North America on behalf of the Alliance for Clinical Trials in Oncology, said in a press briefing.1

“Pregnancy after breast cancer is a very personal decision, which, ideally, a woman should take into account not only her desire to carry a pregnancy, but her baseline fertility, prior and current treatment, and any fertility preservation strategy she may have pursued, as well as the underlying risk of cancer recurrence she faces,” she added.

Approximately 5%-10% of young women with breast cancer will pursue pregnancy as survivors. Although there is retrospective evidence suggesting that pregnancy post-cancer is both feasible and safe, many women harbor fears that their treatment will make conception difficult or that the pregnancy will augment their risk of recurrence.1

“Forty [percent] to 60% of patients who are diagnosed with breast cancer at age 40 [years] or younger are concerned about their future fertility, especially if the disease occurs before they could decide whether to become a mother,” Partridge noted.

Endocrine therapy, which encompasses ovarian function suppression, aromatase inhibitors, or selective estrogen receptor modulators, is a common treatment approach for young woman with early-stage hormone receptor–positive breast cancer. It is standard for women to receive between 5 to 10 years of adjuvant endocrine therapy to prevent recurrence. However, endocrine therapy compromises conception.1,2

Therefore, investigators sought to assess the effect of temporarily suspending treatment for patients who wished to get pregnant. Between December 2014, and December 2019, 516 women under age 42 years were enrolled to the study. All patients had completed between 18 and 30 months of adjuvant endocrine therapy prior to enrollment. Patients suspended treatment for approximately 2 years.1

The POSITIVE trial included patients from across 116 centers throughout 20 different countries. Most were European centers (61%), followed by North American (23%), Asian (16%), and Middle Eastern Nations (16%). A data monitoring committee ensured that that the trial did not surpass an unacceptable threshold—the trial would have been suspended had more than 46 breast cancer recurrences occurred within 3 years of follow-up.1,2

The trial’s primary objective to see if temporarily pausing endocrine therapy resulted in a higher risk of breast cancer recurrence. This end point was defined by “breast cancer free intervals” or the time between enrollment and recurrence. Secondary end points included evaluating indicators of fertility, pregnancy, and breast cancer biology in the participants. In many of the centers, the study will also include a psycho-oncological companion study on fertility concerns, psychological well-being, and decisional conflicts.1,2

The most commonly prescribed therapies were tamoxifen (Soltamox) alone and approximately 41.7% of patients receiving this treatment and tamoxifen plus ovarian function suppression (35.7%). In addition, 62.0% of patients had received neoadjuvant or adjuvant chemotherapy.

Study authors acknowledged that the follow-up period was short compared to the potential of hormone receptor–positive breast cancer to recur many years following diagnosis. Follow-up is ongoing.1

“The incidence of birth defects was low and not associated with treatment exposure. Long-term follow-up both to monitor endocrine therapy resumption and long-term disease outcomes, particularly in a hormone receptor–positive setting, are ongoing” Partidge concluded. “However, in [the] short term, these data stress the need to incorporate patient-centered reproductive health care into the care of our young women with breast cancer.”