Studies show that patients with cancer benefit from spending time with therapy dogs.

As an oncology nurse, I have seen four-legged therapists visit patients on several occasions. The therapists in question are pet therapy dogs owned by the patients, wearing their pet therapy vests. The staff is usually glad to see these dogs and they sometimes make guest appearances in the nurse’s station! There have always been anecdotal stories touting the benefit of pet therapy—also known as animal assisted therapy (AAT)—for patients, but there are also studies and data that confirm it.

The Good Dog Foundation and Quality of Life

One AAT study done at Mount Sinai Beth Israel in 2015 enrolled 42 adult patients receiving chemotherapy and radiation for 6 weeks for head and neck cancer. These patients visited with certified animal therapy dogs from The Good Dog Foundation (the top supplier of animal therapy dogs in the US) for 15 minutes at each treatment appointment.1 The study’s goal was to determine how interacting with a therapy dog during chemotherapy and radiation, known as multimodal treatment, would affect quality of life (QOL). Zoetis, a leading international animal health company that was part of Pfizer at the time, funded the study, along with The Good Dog Foundation. Results were reported in The Journal of Community and Supportive Oncology.1

The Functional Assessment of Cancer Therapy-General Scale (FACT-G) scale was used and showed that social well-being increased (P = .03) and emotional well-being increased significantly (P = .004), even when patients’ physical health declined. Visits from a certified therapy animal increased their emotional QOL. The study authors noted that “[a] few patients reacted so positively … that they continued to remain in contact with the visitors even after their participation in the program had ended.”1

The Canines and Childhood Cancer Study

Some strides have been made in studying the link between therapy dogs and children with cancer. In 2010, American Humane, funded by Zoetis, conducted the Canines and Childhood Cancer (CCC) study. This groundbreaking research was a multicenter, parallel-group, randomized clinical trial involving therapy dogs and children with cancer. The goal of the study was to investigate how AAT would affect childhood cancer patients as well as their parents and even the dogs themselves.2

Seventy children and families were matched with at least 30 therapy dog-handler teams in 5 hospitals across the country to research the benefit of dog-child interaction in the clinical setting. The 3-part study looked at the positive stress-relieving effect of a dog’s interaction with a child. The researchers also monitored the parent-dog relationship and the parent’s anxiety level. Finally, the dogs were also examined for any problems they may have experienced after working with these children. Patients and their families who did not participate in the study became the control group. These patients still interacted with the dogs but did not get an “appointment” with the dog that the study participants looked forward to on a regular basis. In addition, they did not get their “dose” of the same dog.2

The findings were published in the Journal of Pediatric Oncology Nursing.2 Consistent visits from a designated therapy dog had a positive effect on children receiving cancer treatment, as well as their families. The study showed that both groups had a marked decrease in anxiety (P < .001).2 In addition, less stress was noted in the parent intervention group (P = .008).2

AAT uses modalities that can benefit oncology patients in their recovery from surgery or as they work toward remission. Therapy dogs can brighten someone’s outlook or mood in general. They can also decrease a patient’s blood pressure and help promote healing in a patient who has undergone surgery or during grueling chemotherapy. In addition, they are great stress relievers. In fact, just touching a dog’s fur can be thought of as a healing modality.

The next time you see a therapy dog on your unit, know that this animal may just be part of the treatment team! 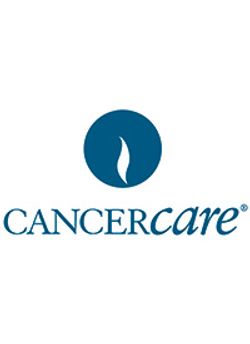 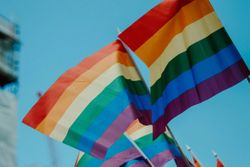