A nonrestrictive diet was found to be noninferior to a protective diet in the post-stem cell transplant setting, suggesting that lifting restrictions may improve patient quality of life. 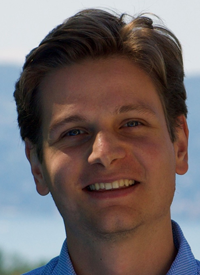 A nonrestrictive diet did not increase the rate of infection, deaths, poor nutritional outcomes, or acute graft-vs-host disease (GVHD) in patients experiencing neutropenia following stem cell transplant, according to findings from a phase 3 trial which were presented at the American Society of Hematology Annual Meeting & Exposition. Investigators noted that these findings mean a restrictive diet is an unnecessary burden for a patient’s quality of life.1

There were no differences between the 2 arms in terms of infections. The number of grade 2 or worse infections that were reported with the protective diet (n = 117) was 72 (65%) which was comparable to the 69 (62%) that were reported with the nonrestrictive diet (n = 113; RR, 1.0; 95% CI, 0.81.3; P = .80). The rates of severe infection (defined as grade 3 or higher), fever of undetermined origin, sepsis, and pneumonia, were determined to be balanced by investigators.

In the nonrestrictive diet arm, more patients maintained body weight at 1 month post ASCT than those in the protective diet arm (mean change, –2.7kg vs –3.7 kg; P = .04). There were no differences between the 2 arms in terms of use and number of days of parenteral nutrition and serum albumin and body mass index variation.

One death was reported in the nonrestrictive diet arm.

“The rate of infection, death, nutritional outcomes and acute GVHD incidence was not different between patients receiving a protective diet versus a nonrestrictive diet during neutropenia,” Federico Stella, MD, University of Milan, said in a presentation of the findings. “The results of this randomized study demonstrated the use of a restrictive diet is an unnecessary burden for our patient’s quality of life.”

Following stem cell transplant, infections represent a major cause of morbidity and mortality. Because of infection centers 93% of blood marrow transplant centers implement a restrictive diet. While some health care professionals have argued that non restrictive diets should have been standard practice since 2008,2 according to Stella, evidence-based results surrounding the restrictive diet’s efficacy are lacking.1,3,4

This study was designed to assess the infection risk in patients receiving a nonrestrictive diet compared with a protective diet following autologous or allogeneic stem cell transplantation.1

A total of 247 patients were enrolled and randomly assigned 1:1 to receive either a protective (n = 117) or nonrestrictive diet (n = 113). The protective diet included foods cooked at 80 °C or hotter, and or thick peel fruit. Yogurt, honey, cold cuts, sausages, raw fish and meat, and raw vegetables and fruits were all forbidden. 1

In comparison, the nonrestrictive diet only prohibited raw fish and meat. All other food were allowed so long as they abided by hospital hygiene standards.1

The trials primary end point was to demonstrate the absence of significant differences in grade 2 or worse infections and death during the neutropenia period across the 2 study arms. Secondary end points included the incidence of gastrointestinal infections and fevers of undetermined origins, overall survival at 30 days and cumulative incidence of acute GVHD, and the nutritional status of patients, defined as the change in body weight and length of hospital stay.

According to Stella, the patient demographics were balanced in sex, age, disease type, type of transplantation, previous lines of therapy, disease status at enrollment, and antimicrobial prophylaxis. Approximately half (43%) of patients overall were female and the median age of study participant was 56 years (range, 22-72). Lymphoma was the most common malignancy among patients (47%), with multiple myeloma following (40%), acute myeloid leukemia (4%), and other disease (9%) thereafter.

Pirtobrutinib has been approved for patients with mantle cell lymphoma. The prescribing label comes with warnings for infections, hemorrhage, cytopenias, atrial fibrillation and flutter, second primary malignancies, and embryo-fetal toxicity.