While primary cytoreductive surgery followed by chemotherapy is the standard of care for newly diagnosed women with advanced ovarian cancer, newly issued practice guidelines suggest that some patients may benefit more from first-line neoadjuvant chemotherapy (NACT) and interval cytoreduction.

While primary cytoreductive surgery followed by chemotherapy is the standard of care for newly diagnosed women with advanced ovarian cancer, newly issued practice guidelines suggest that some patients may benefit more from first-line neoadjuvant chemotherapy (NACT) and interval cytoreduction.

“This guideline is a big step forward in one of the most contentious areas within gynecologic oncology,” said Alexi A. Wright, MD, co-chair and ASCO’s representative on the Expert Panel that worked on developing the guideline.

The evidence supporting these recommendations comes from four phase III clinical trials, which found that for women with stage IIIC or IV epithelial ovarian cancer, NACT and interval cytoreduction were preferable to adjuvant chemotherapy and primary cytoreduction with respect to overall and progression-free survival.

However, it is important to note that women with suspected stage IIIC or IV invasive epithelial ovarian cancer should seek evaluation by a gynecologic oncologist before beginning either type of therapy, according to one of the new guideline recommendations. Such an evaluation should include a CT of the abdomen and pelvis with oral and intravenous contrast and chest imaging (CT preferred) to determine the extent of disease, as well as whether the patient is a candidate to undergo primary cytoreductive surgery (PCS) with acceptable risks and associated morbidity.

Other tools may be used to assess patients as well, such as laparoscopic evaluation or additional radiographic imaging (FDG-PET scan or diffusion-weighted MRI). However, the use of these methods has been found to be inferior to CT findings at this time.

For women who are assessed by a gynecologic oncologist and are determined to be a fit for PCS, with potentially resectable disease, either PCS or NACT can be offered as treatment. With respect to progression-free and overall survival, as well as perioperative morbidity and mortality, NACT has been found to be generally noninferior to PCS. Neoadjuvant chemotherapy is associated with less peri- and postoperative morbidity and mortality and shorter hospitalizations. Primary cytoreductive surgery, on the other hand, may offer superior survival results in patients with newly diagnosed stage IIIC or IV epithelial ovarian cancer.

The benefits of these respective therapies come from the results of 4 randomized clinical trials comparing NACT and interval cytoreduction with primary cytoreduction and chemotherapy among women with advanced ovarian cancer.

In the EORTC 55971 trial, NACT was generally found to be noninferior to PCS in terms of overall survival, though perioperative morbidity and mortality were lower in the neoadjuvant arm. Analyses of subgroups found that patients with stage IIIC cancer and less extensive metastatic tumors had higher survival when treated with PCS rather than NACT, while patients with stage IV disease and larger metastatic tumors had better survival with NACT.

The CHORUS trial also found NACT to be noninferior to PCS with respect to overall survival. However, postoperative mortality and serious (grade 3 or 4) postoperative adverse events were less common in patients enrolled in the NACT arm than in the PCS arm.

Similar results were found in the JCOG0602 trial, where patients in the neoadjuvant arm experienced less blood loss and ascites during or after surgery and were less likely to experience grade 3 or 4 nonhematologic adverse events after surgery.

Critics of the EORTC and CHORUS trials (which are, to date, the only published randomized phase III trials comparing NACT and PCS) have noted that both studies had a shorter median overall survival than what has been reported in previous findings. However, these short survival results may actually reflect trial participants rather than differences in treatment. The population of patients was older (≥65 years old), had poorer performance status, and had higher stage tumors compared with other trials. Therefore, it remains to be seen whether these results apply to younger populations with better performance status and/or less bulky disease.

Though many of these findings seem to favor neoadjuvant chemotherapy, it is not the ideal choice of therapy for every woman with advanced ovarian cancer. According to the new guideline, patients with a high likelihood of achieving cytoreduction to <1 cm (ideally to no visible disease) with acceptable morbidity are recommended to receive primary cytoreductive surgery. However, for women with a high preoperative risk profile or a low likelihood of achieving cytoreduction to <1 cm of residual disease (ideally to no visible disease), NACT is preferred instead.

If a patient is set to receive NACT and interval cytoreduction, the new guideline recommends that she should have histologic confirmation (core biopsy preferred) of an invasive ovarian, fallopian tube, or peritoneal cancer. Data on inherited mutations (such as germline BRCA), cell surface proteins, and the tumor microenvironment are beginning to be evaluated as well when it comes to treatment selection and clinical trial enrollment.

When patients are given NACT, a platinum/taxane doublet is recommended, though alternative regimens may be selected based on individual patient factors, according to the ASCO/SGO guideline. Another recommendation highlights the timing of interval cytoreduction once patients receive NACT. Ideally, interval cytoreductive surgery should be performed after ≤4 cycles of NACT for those with a response to chemotherapy or stable disease.

As for patients with progressive disease on NACT, the new guideline recommends alternative chemotherapy regimens, clinical trials, and/or discontinuation of active cancer therapy and initiation of end-of-life care. There is generally little role for surgery in this context, and it is not advised unless it is used for palliation.

“These evidence-based recommendations will improve the quality of care provided to women with ovarian cancer,” Mitchell I. Edelson, MD, co-chair and SGO’S representative on the Expert Panel, said in a statement.

The Expert Panel has agreed that future studies will focus on a number of areas, including the development and validation of a preoperative risk prediction model to identify patients who may have a risk of morbidity from PCS. Future research will also examine the value of alternative assessments that gynecologic oncologists can use when screening patients, such as perfusion CT, dynamic MRI, or PET-CT. 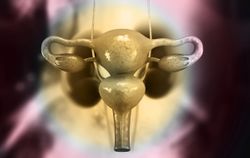